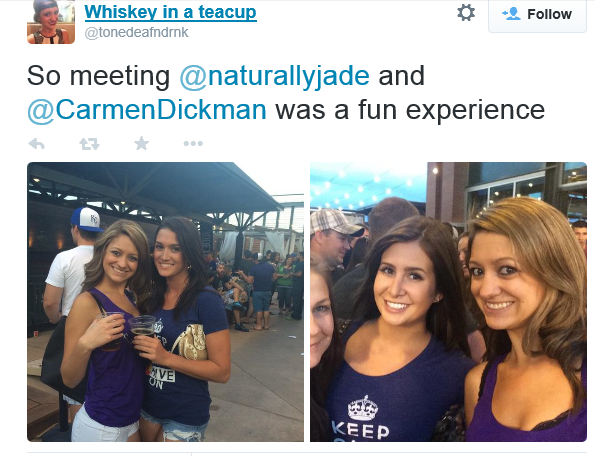 We love it when reality situations collide — especially when The Bachelor collides with Vanderpump Rules since those just happen to be the only official reality shows we cover here.

I spotted the cross-over about a month ago when I was scanning Jade Roper’s Instagram and Twitter accounts. If you follow Vanderpump Rules then you know that 23-year-old model Carmen Dickman is dating mega situation Jax Taylor on the show (even though she just dumped him).

It looks like Jade also worked for modelling company CHIVE and it looks like the two are pretty tight so fingers crossed we may actually get to see the crossover happen on one of the shows. Funny because Carmen is actually a very good girl and Jade is a situation for sure, arrest record and all.

Jade looks like she may not be the best choice for life partner but she would definitely be a great choice for reality show situation. She has a TON of totally nude photos on the internet. Apparently ABC did not Google her? So hopefully if she gets dumped the Bachelor limo driver will drive her straight to SUR in West Hollywood.