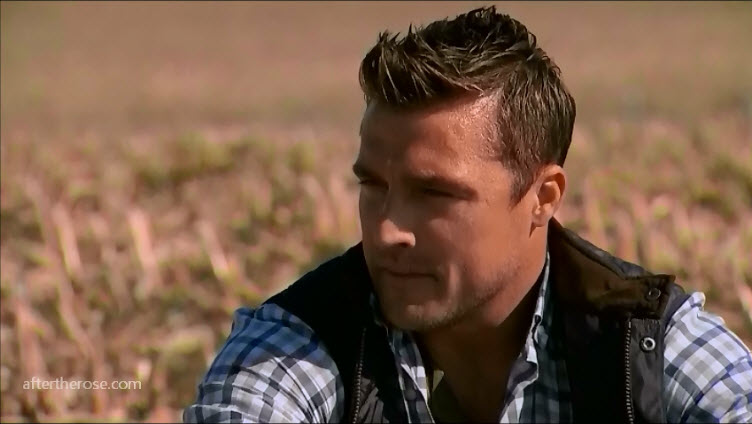 This season of The Bachelor will be a first. Never before has the ABC show tried to sell an eligible young lady on the idea of moving to a tiny farming town. I honestly thought ABC would not choose adorable Bachelor Chris Soules for that very reason.

I mean who are we kidding Chris is a 4th generation farmer and comes from a town with a population of 427. He’s not moving anywhere. Whomever he chooses is going to have to relocate to Iowa.

So Iowa is hoping that the 6′-1″ ruggedly handsome, local farmer can help boost their image and attract other people to their state.

For this reason the show is breaking from their tradition of hitting exotic locales and filming a large number of the dates in Iowa–I wonder if the ladies feel gipped?

Host Chris Harrison told the DesMoines Register  “We kept it domestic for the most part, and we don’t even necessarily hit the glamour spots like New York. Think Des Moines and Dubuque.”

Some of the Arlington, Iowa dates include a high school football game, a trip to the Des Moines farmers market and a trip to  Dubuque’s lower Main Street and the historic Hotel Julien Dubuque.

Soules said he hoped that the show would give people a better understanding about Iowa and farming.

“I think I’ve been able to bring to light that agriculture is not big, corporate farming. It’s families running operations that are very complex,”

He said that he hopes the show will “change people’s perceptions about what life is like on a farm.”

Iowa is a leading agriculture producer in the U.S. and a leader in the high-tech equipment needed to raise and sell millions of tons of grain and livestock . They produce corn, alfalfa, soybeans, pigs, cattle and milk. In fact the Soules’ family owns 12,000 hogs!!!

The business has also made Chris very very rich. He won’t say exactly how much money he has but we know he is a millionaire.

And he works for both his family’s 6,000-acre farm ‘Soules Farms’ located in Alden, Iowa as well as Summit Farms.

Well I hope this strategy pays off for ABC and viewers embrace the quiet Iowa back-drop for this 9-week journey!

The Bachelor Season 19 premieres this January on ABC.