19 January 2015 by Christine Lo in Uncategorized - No Comments 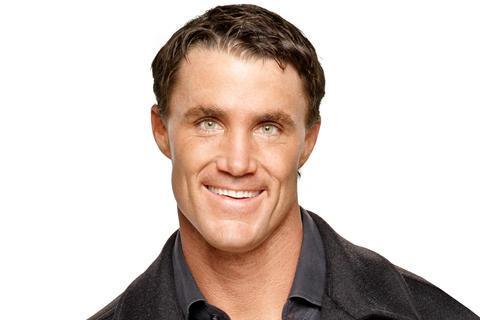 Former Calvin Klein model and Bravo’s ‘Friends to Lovers’ star Greg Plitt sadly died while filming a work out video on the railroad tracks Saturday in Burbank California. He was struck and killed by a Metrolink train.

The 37-year-old actor/model and fitness instructor starred in the Bravo show Work Out with Jackie Werner a few years ago and recently was starring in the upcoming reality series Friends to Lovers, which premiered tonight.

As a side, Ok I am super confused. I watched the first episode of Friends to Lovers on Demand on Saturday (I guess they often do that to get people pumped up about a new show) and he was nowhere in it. But I had seen a trailer and I know he starred in it prominently. Am I missing something?

(Nevermind! For whatever reason he was not featured in the first episode. I am glad they did not edit him out. I really wanted to see his story and get to know him better).

According to the LA County Sheriff’s Transit Services Bureau, the incident occurred just after 4:00 p.m. on Front Street, north of the Metrolink station and is currently under investigation. Officials said that suicide has not been ruled out.

Friends said, “he had on all black. The train went by. I saw him stumble over the tracks. He had a camcorder in his hand,” a Metrolink passenger told KABC.