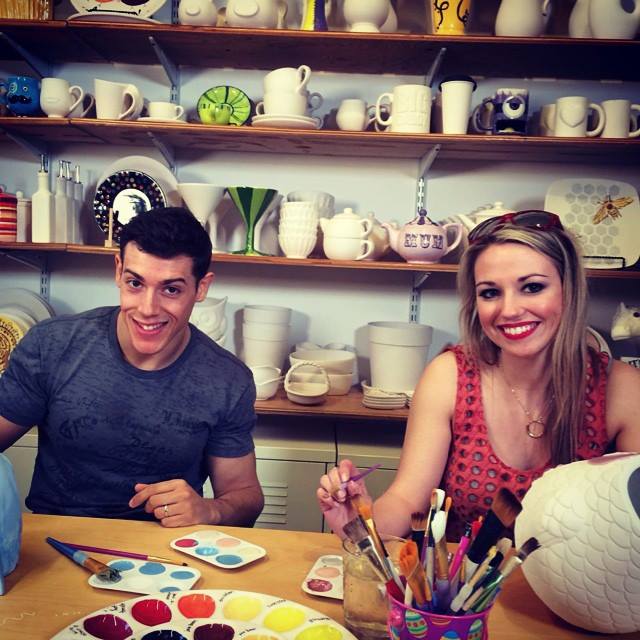 Tonight on the premiere of ‘Married at First Sight: The First Year’ Cortney Hendrix and Jason Carrion are having a tough time connecting. It appears that the two have drifted apart since we last saw them. Jason’s mother has passed away and he is stressed because he is at the Fire Academy 24/7 and has no time, and Cortney lost her job as an admin assistant. Cortney doesn’t feel like she is getting to spend time with her new husband.

The two go out for an awkward dinner where Jason sits quietly worrying about their finances and admits that he still wants to do more in wrestling. Cortney then tells Jason that she put her burlesque dancing on hold for their marriage, but Jason wasn’t making the same sacrifices.

The next night Cortney confides in her friend Chantel that they “are not connecting” while Jason goes out for drinks with his friends rather than spending the evening with her. Cortney breaks down in tears and proclaims: “how can you be lonely when you married for only 6 months?”

“I feel that I’ve lost pieces of me since we got married, and if it doesn’t change, it’s going to hurt our relationship.”

The next day, Cortney confides in Jason about how lonely she had been and how much she had given up.

The couple calls sociologist Dr. Pepper Schwartz to come over and counsel the two–thank God their is a professional on call for any emerging situations. Dr. Pepper admits the two are “on the brink” and explains that the marriage is in “survival mode” (she looks pretty panicked considering her reputation is hinges on things working out) at the moment and recommends that they “figure out some ritual” where they connect.

Jason tells Dr. Pepper that the honeymoon is over and Dr P recommends that they sit down, even if only for half an hour a day over tea.

The two eventually reconnect over some body painting. But it looks like their struggles are not over yet…..

Next week we see Jason in a wrestling match and Cortney looks very concerned….