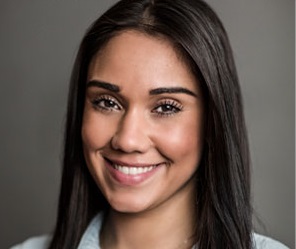 Occupation: Receptionist at a law firm in Manhattan/did some modelling

Jessica was in a 7-year-relationship that ended badly.

According to her FYI profile:

“She is finally at a place in her life where she feels she is ready to settle down and get married. Her parents have been together for close to 30 years, although they have only been married for the past three years. Having been exposed to long, successful relationships all throughout her life, Jessica has several positive examples on which to model her own marriage. She wants a man who is humble, open, understanding and loving. She is not interested in having traditional gender roles within her marriage and would like more balance when it comes to cooking and cleaning responsibilities.”