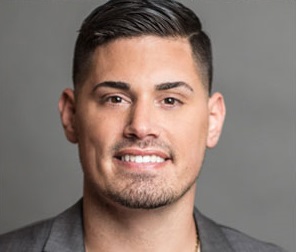 “Growing up, he lived with his mother, sister and grandparents in Brooklyn, and then moved to New Jersey with his family and step-father. At 21, he moved back to Brooklyn to start a life of his own. Ryan speaks with his biological father on occasion but his step-father has proven to be a huge part of his life. He was incredibly close to his grandparents, who have both recently passed away, and looks to their relationship as an inspiration as they were in love until the very end. He wants a partner who is loyal, trustworthy, goal-oriented and fun. Ryan does not sugar coat things and claims people respect him for his honesty……. Ryan has been in long-term relationships and although he does have a type, he has met beautiful women who do not have the souls to match. Ultimately, he wants a woman who is outgoing and who can get along with anyone.”

Ryan has been single for one year after he and his girlfriend of five years broke up. Ryan is paired with Jessica Castro.

Kaitlyn Bristowe had a boyfriend during 'The Bachelor'