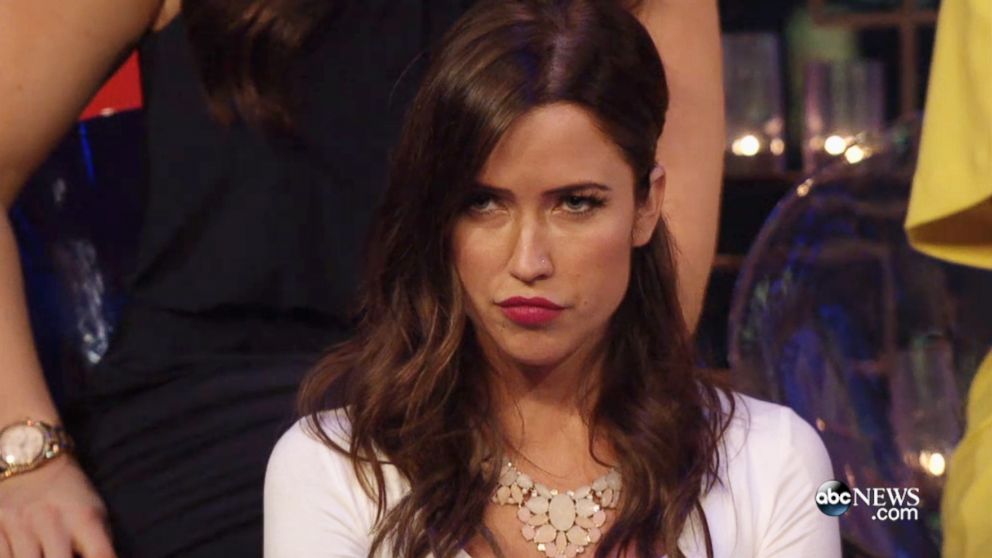 Kaitlyn Bristowe was eliminated by Bachelor Chris Soules in Bali after Fantasy Suites (always brutal) and on ‘Women Tell All’ Monday, March 2nd, Kaitlyn gets her chance to confront Chris for the first time since the break up.

“Why not give me the courtesy to pull me aside and have a conversation with me and give me that opportunity that you gave Becca?” she asked. “What in your mind was like, ‘You know, I’m going to make her stand through that rose ceremony?”

He told Kaitlyn when he let her go, he felt like he was “throwing darts at a dart board in the dark.”

“I could’ve flipped a coin,” he said.

“You think that’s reassuring?” she exclaims.

Bachelor host Chris Harrison said this to TV Guide about what happened.

“How was she at “Women Tell All,” which you just filmed?
Harrison: She was a little emotional, but then a little disappointed and mad. I think she felt like she gave him what he wanted, which was to open up and say I love you. She doesn’t regret that, but at the same time, she got reassurance from him and he turns around and breaks up with her. It was the proverbial rug being ripped from under her.”

Well, I think Kaitlyn will be just fine especially since it’s been confirmed that she will be the next Bachelorette.

See what Chris says about why he picked Becca over Kaitlyn.