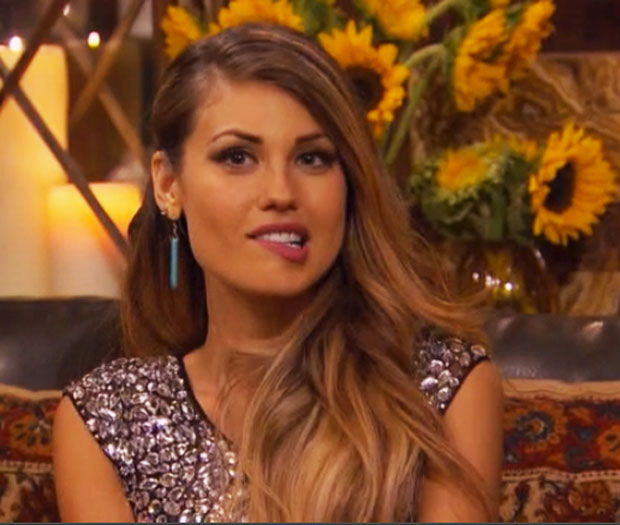 Monday, March 2, 2015 Bachelor 19 ‘Women Tell All’ is going to be historic. Host Chris Harrison calls it “the craziest “Tell All” yet!

There were a lot of very uncomfortable blow outs that occurred this season and this is the first time a lot of these foes have seen one another since.

The ‘Women Tell All’ special was taped on Feb. 21st, and Bachelor host Chris Harrison has spilled some good nuggets to TV Guide about what happened. Seventeen of the original 30 women return to explain themselves and to confront Chris Soules.

Britt Nilsson, 27, was particularly controversial this season and has some serious scores to settle with some of her co-contestants.

Additionally Harrison claims that Britt is still harboring serious feelings for Chris Soules (although I am not sure I believe that).

Apparently Britt Nilsson had planned to self-eliminate before the rose ceremony. (I think Britt did everything in her power to sabotage her chances with Chris so she could be the next Bachelorette. The ‘Women Tell All’ was filmed before ABC decided on the next Bachelorette so I think she was working hard to elicit sympathy from viewers.)

Harrison claims that Britt steals the show on ‘The Women Tell All’ and lashes out at the other women for ruining her chances with Chris Soules.

“Britt was the star of the show and is still, I think, in love with the guy. It was brutal. She leaned in on Carly [because she] felt if things had been different, if the girls hadn’t sabotaged her, she and Chris would’ve ended up together. But it was the craziest “Tell All.” Usually we have one or two beats we’re really looking for. We went in thinking Kelsey would be two segments and Britt will be two segments.”

Apparently Carly was not the only one to warn Chris about Britt. Chris was warned by Ashley I. and Jade as well. Chris earlier claimed in his People blog that he felt ‘manipulated’ by Britt.

Later Chris goes on to say he extended some invitations to Bachelor in Paradise:

Ali Fedotowsky claims Britt Nilsson will be the Next ABC ‘Bachelorette’