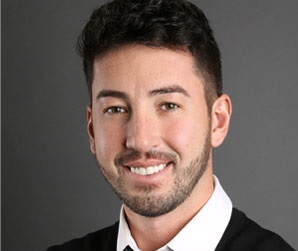 “In the past, Ryan feels that he has put more into relationships than his partners had, so he is ready to find someone equally invested and ready to commit. His parents separated nearly 18 years ago but never divorced. This has caused a strained relationship with his father; however he has remained very close with his mother. Ryan’s sister passed away from breast cancer several years ago and since then, he has played a strong parental role in his young niece’s life. He feels that loyalty is the most important value to hold and wants to find someone who shares this belief.”