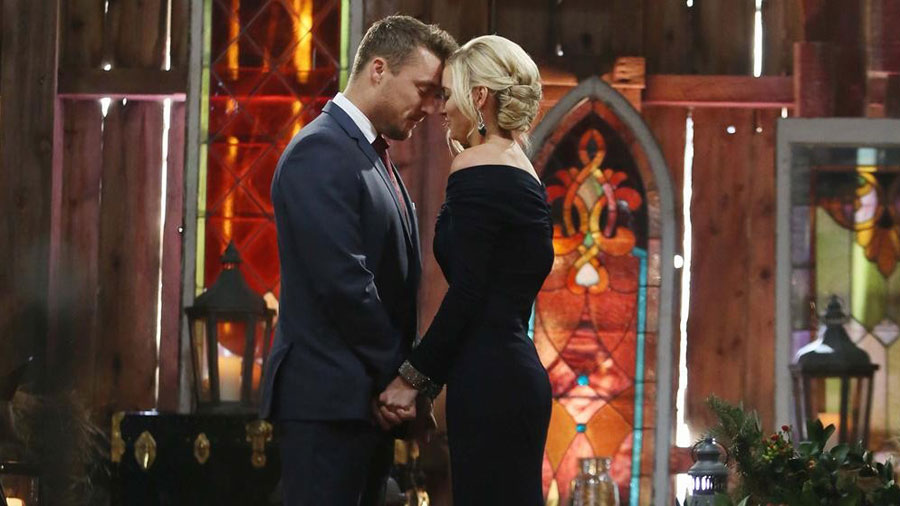 Whitney Bischoff, 29-year-old fertility nurse abruptly left Los Angeles last week to go back to Chicago to see her family. Her absence from the DWTS audience was duly noted by fans. Bachelor Chris Soules, 33 has miraculously made it pretty far on the dancing competition with his fiancé by his side every step of the way, but as the show is reaching a climactic end Whitney leaves, leaving fans to seriously speculate.

But Chris claims the rumors are nonsense and they are still ‘in love’.

“I miss her,” Soules told Us “But I think it’s healthy for her to be away — [tonight] she’s with family, it’s actually the anniversary of her mom’s death.” ….. “She’s my number one fan. So I know she’s there for me and when all of this is over it’ll be nice to just be together.”

He also said this about wedding plans: “This is not real life. L.A. isn’t real life for me. Arlington is and Chicago — that’s real life and we want to take that step and then we’ll make those plans.”

There has been speculation that Soules has feelings for his partner Witney Carson.

In response to break up rumors Soules told Us:

“We’re together and we’re in love and we’re handling this like two adults. She’s got a life too and she’s got a job, and she’s got a career and she’s doing that. She’s got to do what makes her happy and I’m focused on [Dancing With the Stars] and having a great time and she’s happy for me,” ….“We’re making the best of a really cool situation that we’re both a part of that’s not going to last much longer…We’re just normal people living a kind of abnormal life for a couple more weeks.”

Hmmmmmmmm, I think the statement may be damage control on the part of ABC. They like their couples to break-up over the holidays when no one is paying attention so I suspect we will get a few more months of the two denying rumors.