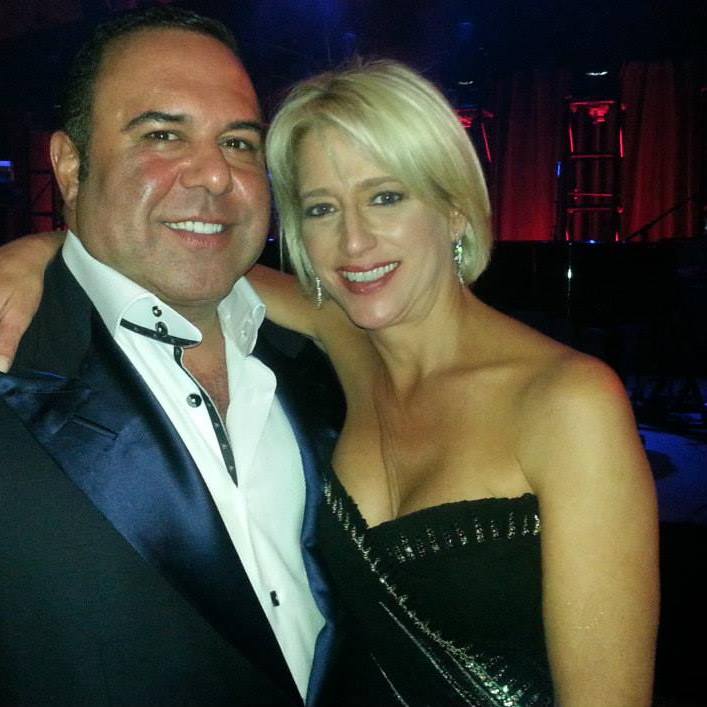 Dorinda Medley is the newest housewife on the RHONYC and she comes with a very controversial boyfriend, dry cleaner to the stars John Mahdessian. Tonight on RHONYC John gets in some trouble for being a little handsy with the other women and Dorinda has admitted her boyfriend sometimes does not have good boundaries and has a larger than life personality.

In fact last week Dorinda got into a huge fight with her boyfriend after he made a few snarky comments about her daughter Hannah.

And previously I had written a rather glowing article about the 50-year-old CEO and his impressive rags to riches Armenian immigrant history, but as we learn more about John, we learn that there may be a few skeletons in his closet.

—Like in 2011 there were reports that he had arranged for an illegal police escort for P. Diddy.

The New York Post reported that the rapper was escorted to a performance at West Orange’s Club 4 Sixty 6 by a convoy of on-duty New York City and New Jersey police officers from New York City’s Hammerstein Ballroom for a reported $75,000.

In fact John Mahdessian, told FOX411 that he called in a few favors and single-handedly coordinated the escort–a confession that he probably regretted.

“At the 12th hour, his helicopter wasn’t approved in West Orange and Diddy needed to get to New Jersey on time to perform,” Mahdessian said. “I said, ‘I can handle this, no problem, and within moments, I secured an Escalade, Bentleys, a police convoy that blared him through the Lincoln Tunnel and into New Jersey.”

“We’ve been in business in this city for 50 years and I never ask for favors, so they called this one in,” he said. “It was on the house, I worked it out. I’ve got a lot of clout in this city.”

Diddy’s team denied the claim but an email obtained by FOX411 showed that Diddy’s “police escorts” would be placed on the VIP list for the event, where they would be able to rub elbows with film directors, rappers and reality television stars.

Deputy Commissioner Paul Browne said that a sergeant gave an unauthorized direction to a police officer to escort Diddy only one block.

“After being repeatedly  rebuffed by police officers on the street and a police lieutenant at the station house, a dry cleaner claiming to represent Sean Combs apparently prevailed upon a sergeant to direct  a police van driven by a police officer  to escort Combs a total of one city block from mid W. 35th St., closer to 9th Ave,  across 9th  Ave and another half block to Dyer Ave, after which the Combs party drove unescorted ,” Browne told FOX411.  ”

The assistance was unauthorized and placed under investigation.

Mahdessian tried to some damage control later asserting that “off-duty police officers” escorted Diddy’s car for a total of “maybe 30 seconds” to get them into the tunnel and out of the city, but I suspect the damage was done.

Dorinda had described John as loud and boisterous and social and I believe she even said “kind of mafia” which I would say describes John’s personality to a tee.

Hmmm, I wonder what other skeletons are in that closet of John’s?