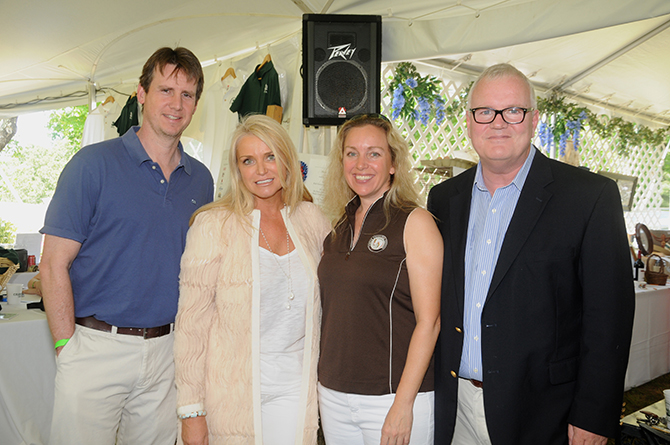 Who is RHONYC Hannah Lynch’s father?

Dorinda Medley, recently joined the cast of The Real Housewives of New York City season 7 with her gorgeous 21-year-old Fashionista daughter Hannah Lynch. We are all pretty familiar with Dorinda’s recently deceased husband and Hannah’s beloved step-father Richard Medley, but until now her 1st husband and the father of Hannah Danger Lynch has remained a mystery.

So who is Dorinda Medley’s first husband?

We had his name a while ago but could not get much more information on him, but recently received some key info from a source.

His name is Ralph Lynch of Greenwich, Connecticut and is currently married to Sotheby’s Realtor Shelly Tretter Lynch, 50 — who is pals with his ex-wife Dorinda by the way.

He is 52-years-old and he’s an Investment Banker at Springwell Capital Partners (at least he began work there as of 2011). He graduated from Columbia University in NYC in 1986 (where Hannah currently goes to college).

Remember Dorinda Medley  moved to London to be with her 1st husband where she started her own cashmere company and lived there for 10 years until there divorce?

Well that was because Ralph was working there as a senior managing director of Credit Suisse but he moved from London back to Greenwich a few years ago and while looking for a home to buy he fell in love with his real estate agent Shelly Tretter–kind of funny considering Dorinda met Richard Medley because he needed a townhome in NYC and she was his realtor!

Shelly and Ralph are very active and involved in several local charities. They live in Greenwich with their two children.

Interestingly Lynch began his career in Investment Banking at Lehman Brothers as an analyst in the M&A Group in New York. and later joined Credit Suisse. So Dorinda sure loves men who work in Finance!

Well I hope Hannah gets along better with her step-mom than she does with Dorinda’s boyfriend John Mahdessian.

Ralph Lynch is pictured on the right in the photo above.

2 thoughts on “Who is RHONYC Hannah Lynch’s father?”