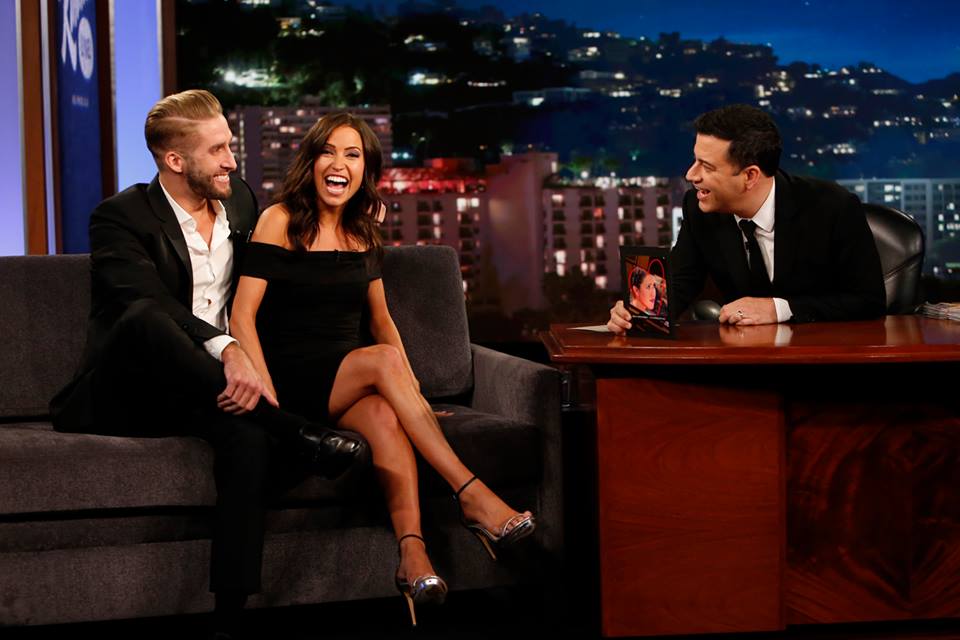 The first stop after The Bachelorette finale is always Jimmy Kimmel Live. So Kaitlyn Bristowe and new fiance Shawn Booth began their media press tour immediately after ATFR by heading over to JKL.

Kimmel is eager to talk to the happy couple about the good news and to get to the bottom of the SnapChat situation that occurred a few weeks ago.

Understandably Kimmel grills the couple about the chances that they will stay together.

“Twice a year for like 13 years now, we’ve seen people get together. They come on the show and they seem to be very much in love … And then the next thing we know, we see them on the cover of a magazine with a tear down the center.” Touche Touche.

He adds, “Quite frankly, my heart can’t take it anymore.”

It’s true, I have been watching this show since day one and I fall for it EVERY time!!! I genuinely always believe it could work out and then get devastated when it does not.

The couple promises Kimmel that if they stay together for at least a year they don’t they have to pay him $1,000.

Then Kimmel asks about SnapChat…recall a few weeks ago when Kaitlyn accidentally posted a pic of Shawn Booth in bed on SnapChat. It was such a bombshell I thought surely it had to be a hoax and was producers doing some counter intelligence to counter Reality Steve’s claims that no one wins, but nope, it was a legitimate and a BIG oops!

“We were sending Snaps to one of the producers,” Booth tells Kimmel Monday night. “[And then] I pick up my phone to go on Twitter, and there’s hundreds of pictures of my stupid face laying in bed with her. I started having a panic attack. I couldn’t even breathe.”

Seriously, especially considering the winners sign a non-disclosure agreement. I know for the lead it’s $5,000,000 if they leak the ending–not sure what it is for the F1.

Anyhow, both understandably panicked. “[Kaitlyn was] yelling at me,” Booth told Kimmel. Bristowe adds: “And then he’s like, ‘You did it!’ We went to full panic mode.” “It’s very flattering,” she said, joking. “If we meant to do it, it would have looked a lot better.” Later Kimmel and his sidekick Guillermo take Kaitlyn dress shopping. Jimmy always likes to get right down to business. Please follow us on Twitter Please like us on Google Plus Like us on Facebook