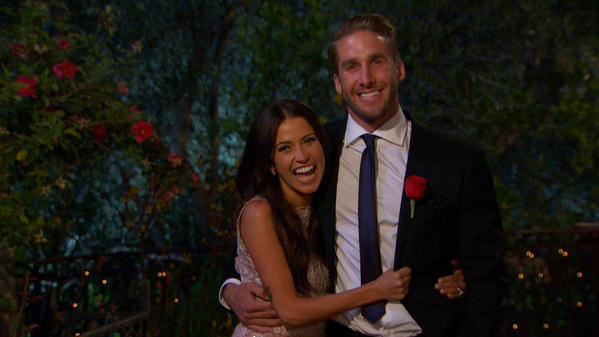 Kaitlyn Bristowe definitely broke some rules on this season of The Bachelorette. And we knew about a few of those violations. She knew and had feelings for Nick Viall prior to the show, she had sex with Nick before Fantasy Suites, and she told Shawn that he “was the one” early on.

But apparently she broke a few more rules with fiance Shawn Booth, 34 that we did not know about.

“Nobody knows this, but we passed notes on the show all the time,” Bristowe tells PEOPLE. “It was so fun to pass notes about the little things like this is my favorite Ninja turtle or this is my favorite movie, because on camera, it’s always the bigger picture. And we saved every little thing from our dates. I didn’t save anything from the other dates, not one thing!”

“We had to be secretive,” Booth says. “My notes would be like, ‘This is crazy, I miss you,’ or fun facts about me.”

I loved the story of Kaitlyn sneaking away from her ABC “handlers” and ditching her mic and heading down to Shawn and Ben’s hotel room where she crawled into the King size bed with Shawn while poor Ben was stuck in a cot. And the part where her handler came knocking on the door looking for her while Shawn and Ben hid her under a blanket! She must have made producers crazy.

Needless-to-say this girl does not follow rules well which could have been disastrous for them.

There was also a report that producers were concerned from the beginning because she was so focused on Shawn. In fact that is allegedly the reason that they brought Nick Viall on the show.

“It was so tough because obviously I wanted to spend as much time with Kaitlyn as possible,….The hardest part was being on group dates, hearing her laugh with someone else. That was heart-wrenching, like, ‘Oh man, I want to be there.’ ”

Bristowe says: “It’s not like I hated hanging out with the other guys or I didn’t enjoy going on dates. But I always came out of it thinking about Shawn. He was always the one.”

In regards to Bristowe telling Shawn he was “the one” early on she says, “I accidentally slipped!”

She also “slipped” later when she accidentally SnapChatted a photo of her and Booth in bed!!! BIG OOPS!

Luckily the on-screen journey has come to an end and there are no longer any rules so these two can pass notes and enjoy “off-camera” time all they want.

In the end Kaitlyn feels certain that she made the right choice.

“But everything that’s happened has made us so strong. Every day, I’m just like, ‘I picked the right guy.’ ”