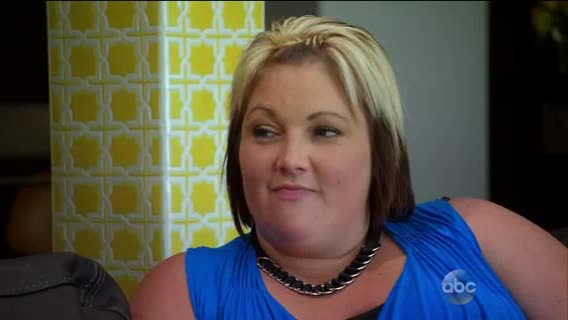 BTW I loved that today after the most grueling 9-week journey to find a life partner in Bachelorette history when asked about their future plans together Kaitlyn responded with something along the lines of “Eh, whatev, were in no hurry, maybe in the next 5 years we will make some solid plans.”

Anyhow, Bachelorette 11 was a huge hit. Ratings were through the roof thanks to a bevy of situations. So with no further ado…. here is a list of the top 10 situations of the Bachelorette finale…..

Situation 10: The men meet Kaitlyn’s family at the same hotel they were at 2 weeks ago in Utah.

Situation 9: Kaitlyn’s mom grills both Shawn and Nick about their jealousy issues despite the fact that it’s Kaitlyn that is sleeping with both men.

Situation 8: Kaitlyn’s sister Haley Jane was ALL about Nick before Kaitlyn went on the show. So exactly how much “FaceTime” did Nick and Kaitlyn have prior to the start of filming? Situation 7: Both men scrapbooked their 9-week-journey-to-find-a-life-partner-on-a-reality-show with Kaitlyn. Although Shawn’s was more of a scrap jar wherein he gathered small pieces of refuse from his dates with Kaitlyn and lovingly put them in a jar. It was slightly creepier than Nick’s framed photo and love note but it looked like a lot less work. I want to know how contestants always find the time and resources to scrapbook on the show.

Situation 6: The awkward silence during the one-on-one hang out time pre-rose ceremony between Shawn and Kaitlyn. Situation 5: The proposal takes place at the Bachelor mansion in LA. Is ABC on a serious budget or are they just afraid to invest in this relationship? Situation 4: Kaitlyn waits until the very last second to break up with Nick. Nick delivers a love diatribe and just as he postures to kneel Kaitlyn grabs him and stops him to let him know he is not “the one”. Ouch!

Situation 3: Shawn Booth is stuck in the limo waiting for an hour while Kaitlyn breaks up with Nick.

Situation 2: Nick Viall proclaims “I will never get that back” on ATFR referring to the fact that she allowed him to write and deliver a pre proposal speech to Kaitlyn which he will never be able to reuse again. 1: Shawn Booth’s nose job on ATFR–although in all fairness he insists there was no nose job just some make up. But he created a STORM on social media after appearing on ATFR looking slightly “altered”. Fans went crazy on the interwebs looking for answers, but Kaitlyn and Shawn insist it was just a little back-stage pretty sauce. Unfortunately the “nose job” overshadowed the engagement. Hopefully it’s not a bad omen for the new couple!

Well one thing is for sure. Shawn and Kaitlyn make an absolutely stunning couple–pretty sauce and all.