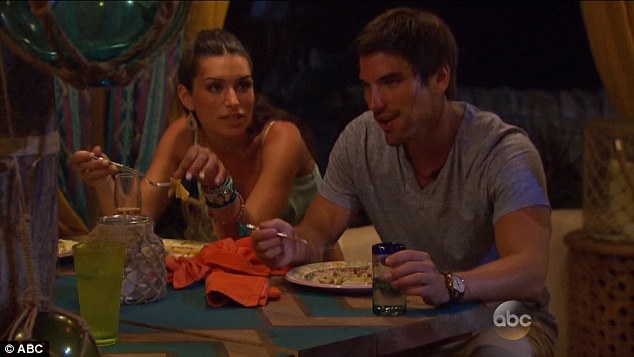 It is no secret that Bachelor in Paradise contestant Ashley Iaconetti, 26 has a HUGE crush on cast-mate Jared Haibon, 26. In fact the self-proclaimed virgin / Nanny from Wayne, New Jersey can not stop obsessing on Warwick, Rhode Island Bartender and has a meltdown every time he even talks to another girl. And it looked like Jared had Cougar fever for a while and had feelings for 34-year-old Hair-stylist Clare Crawley because he asked her on a date, but turns out he just wasn’t feelin’ it with Clare and breaks up with her and returns to Ashley.

It ‘appears’ that Jared actually has feelings for Ashley I after all and previews show Ashley scheduling a Fantasy suite date with Jared which suggests that maybe things did work out with them.

But she still speaks very highly of Jared on the After Paradise show with host Chris Harrison so there must not be any bad blood between the two, and who knows maybe after Jared has time to heal from his 6 week relationship with Kaitlyn Bristowe he might change his mind.