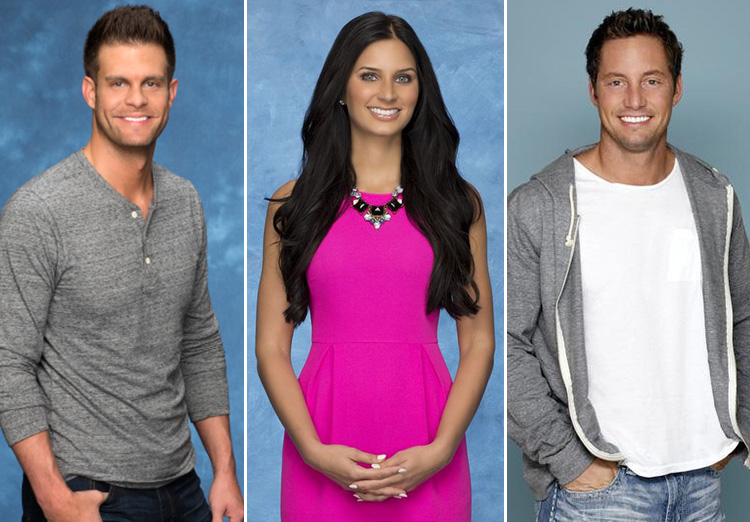 Tonight the big Bachelor in Paradise Vill is out-villed by his prized possession and love interest Samantha Steffen. Joe Bailey made no apologies for being the biggest a$$h0le in Bachelor history by manipulating and lying to single mom and widow Juelia Kinney and deceiving her in to thinking he was interested in her so she would give him a rose and he could stay and meet his true love of 3 weeks on social media Sam.

Samantha and Joe had been corresponding for weeks prior to filming. So Samantha arrives and Joe is beside himself with excitement and no regrets, but it’s clear that Joe is feeling very insecure and knows he is out of his league with Sam.

After all before coming on the show Samantha was dating actor Jeremy Piven. So it was just a matter of time (a few days) before the “Joe spell” wore off and Samantha realized what a low life the Kentucky State Farm insurance agent really was.

NTM tonight 30-year-old Personal Trainer Nick Peterson arrived and Nick said he had been texting and talking to Samantha for months and that they had even met face to face in LA!!! And she told Nick if he asked her out on BiP she would say yes. So Nick actually has more of a history with the LA fashion designer than Joe.

Joe even throws himself the saddest birthday party of all time to get her attention. But Sam is icy and unmoved by the gesture.

Samantha then uses the “drama” excuse as a reason to break up with Joe and she uses the way he treated Juelia to claim she has “concerns”.

I love that Samantha claims that she saw some red flags early on (as in yesterday when you arrived?) These two are absolutely made for each other!!! They are both so tired of all “the drama” swirling around them….drama which they had absolutely no part in of course.

Anyhow Joe is devastated and claims that “she was more worried about her own image than me.” Really??? What gives you that idea? The fact that she hedged her bets with two guys prior to filming to ensure she’d maximize her screen time, the fact that she is belittling you and telling you what to say to producers, or maybe the fact that she has a clothing line to promote?

Anyhow Sam tells everyone she has dumped Joe and Joe emerges as the BiP crew is laughing about the situation.

And tomorrow she will express an interest in dating Nick and Joe will try and blackmail her into liking him. A-mazing! Stay tuned!