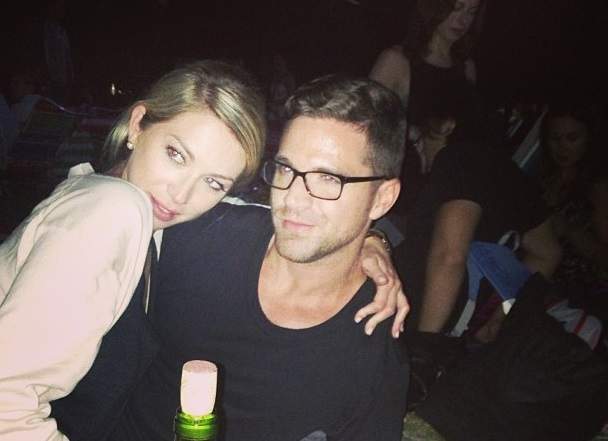 Stassi Schroeder is not happy about the break up rumors swirling around her and boyfriend Patrick Meagher and insists that they are false and were started by a website called “RealityTea” and while I agree the website is bad and pretty inaccurate (in fact even their article on the rumor being blasted by Stassi is inaccurate because they claim Stassi refuted the rumor to RumorFix when she refuted the rumor in her own podcast), and the writers are “mean”, the evidence showing a Stassi and Patrick break up was pretty compelling,

It’s hard to believe that if the two were still together Stassi would have to coach surf and put all of her stuff in storage. But the Vanderpump Rules star claims in her new podcast Straight Up With Stassi, the rumors are totally bogus…

“That’s RealityTea, and that’s like the worst website ever. They are so mean, and I hate that I’m even talking about them. Their writers are really, really mean and get all the info wrong. They get info wrong, and it couldn’t be farther from the truth.”

She goes on to say…

“I keep reading online that Patrick and I broke up. People keep texting me that, and I’m like nope we’re still together. We’re just living separately because we are trying something new.”

Supposedly Stassi mentioned on Brandi Glanville‘s podcast that she and Patrick had decided to live separately and that he didn’t like her being involved with the show. So she moved in with co-star Kristen Doute for the summer during season 4 of Vanderpump Rules which understandably prompted rumors that the two had split. Well sounds like even if they did not officially “break up” they came awfully close and thank God we will get to see this situation play out on the upcoming season.