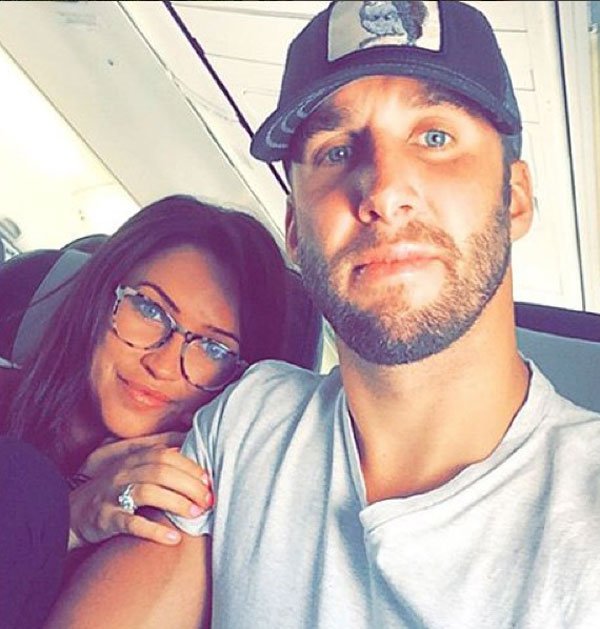 In light of recent rumors that Bachelorette Kaitlyn Bristowe and fiance Shawn Booth broke up some time ago and are currently faking their relationship as part of some financial scheme, the two are presenting evidence to the contrary —- evidence showing that they are still in fact together and moving forward—and moving to Nashville.

Shawn has been using Snapchat to showcase the documentation–for example pics of Kaitlyn’s suitcases. Shawn also claimed the two crashed a stranger’s wedding, and enjoyed a concert at a local bar — TOTALLY not staged.

“First wknd in Nashville is in the books,” Shawn wrote on Twitter. “Crashed a wedding and got @kaitlynbristowe up on stage rapping at the local honky tonk. #Success.”

Kaitlyn posted her own evidence on SnapChat —- pics of her doing laundry for her man.

“I’m so domesticated. There’s something about wearing an engagement ring and folding your man’s socks.”

I’m not saying they are faking it, but I am just saying the posts seem a bit contrived. I think these two will stay together as long as this gravy train keeps paying. They have already netted $3 million since their season aired.