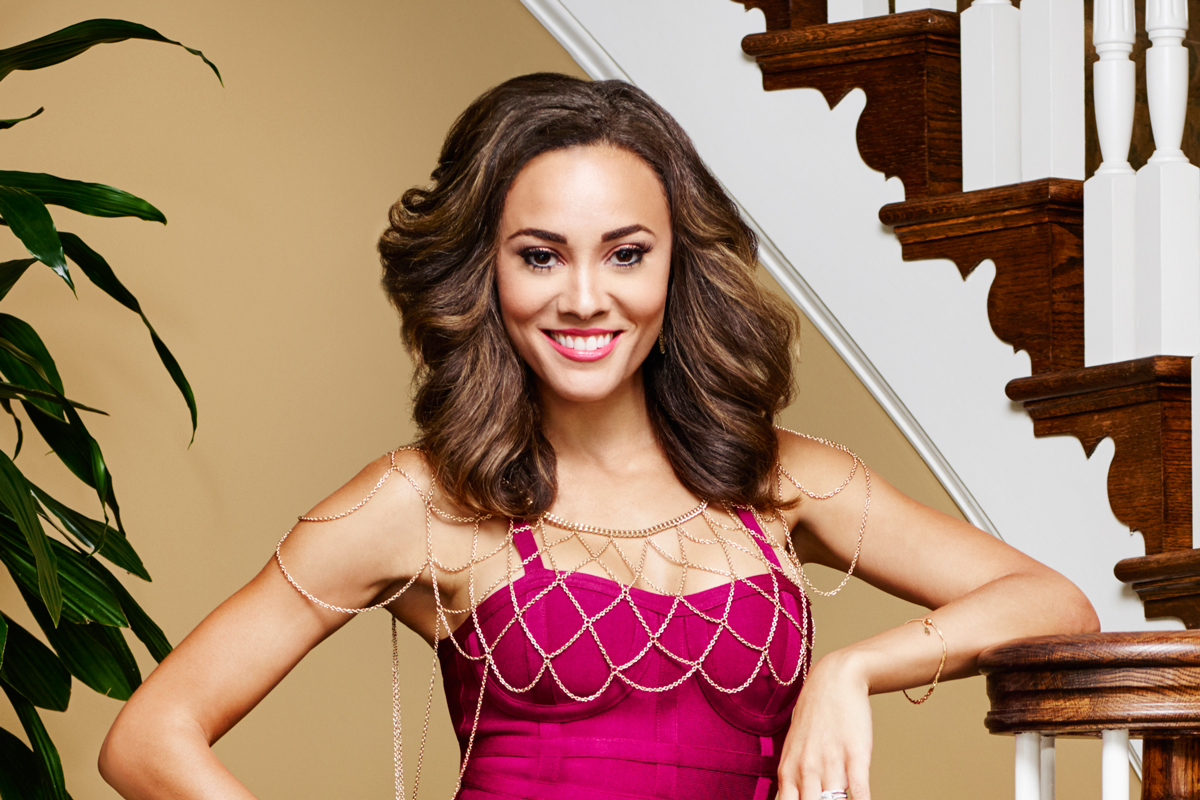 Her maiden name is Ashley Boalch and she is 27 years-old.

Occupation: Co-owner of Oz—a restaurant she opened with her husband in Arlington, Virginia
Education: undergraduate degree in Communication at the University of Maryland
Hometown: Sandy Spring, Maryland

Husband: Michael Darby (Australian), 55. The two have been married for 5 years now. Interestingly, rumors fly this season that Ashley’s husband Michael Darby is gay and has been frequenting some gay bars.

Stepmother to Michael’s two children 21 and 24.

Ashley was raised by a single mom.

From her Bravo bio:

“Soon thereafter, Ashley met Michael Darby, an Australian real-estate millionaire, who is 29 years her senior. Sparks flew, and Ashley was introduced to a world she never knew existed. After four years of dating, the couple married, and Ashley went from 22 and single to wife and stepmother of Michael’s 21- and 24-year-old children. In a classic Cinderella story, Ashley is now constantly attending galas and charity events. She wants to make a name for herself in the food industry, so with the help of her husband, she’s opening a restaurant with an emphasis on fresh and wholesome ingredients. Although she’s having the time of her life, Ashley can’t shake the thought that the only thing missing from this fairy tale is a baby to complete her family.”

Ashley appeared on an episode of Say Yes to the Dress where she visited New York’s Kleinfeld Bridal with her mother and friends to find a wedding dress.