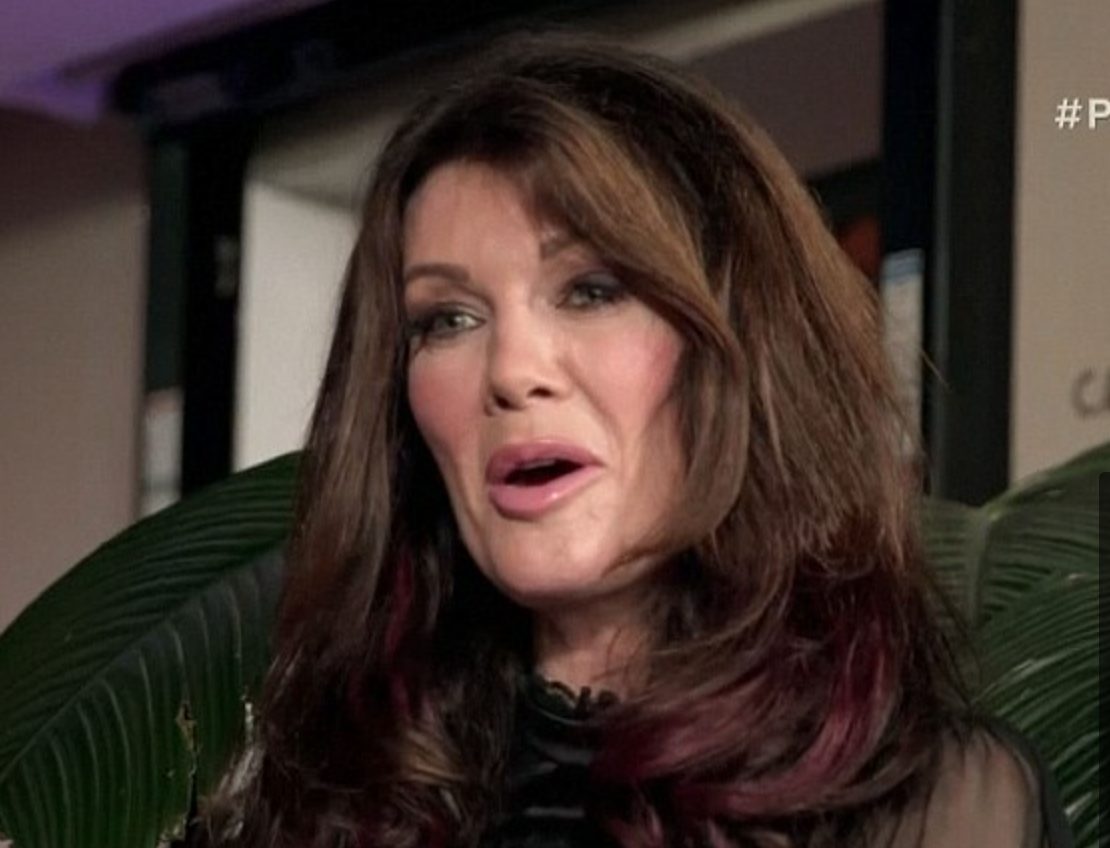 Last night Vanderpump Rules took a strange turn. The Bromance between Tom Sandoval and Tom Schwartz got a little weird as we learned that both got drunk and got ass tattoos in Las Vegas. But it’s not as gay as it sounds, because both got tattoos celebrating their girlfriends on their right butt cheeks.

Sandoval got an “A” for Ariana (so from now on he can only date girls whose name starts with an “A” and Tom Schwartz got “Bubby” his nickname for now fiancee Katie Maloney on his right cheek—so from now on Schwartz has to anoint any future girlfriends with that cringeworthy nickname. So it’s not the worst thing because the tattoos are vague enough to allow for future breakups

Anyhow Lisa Vanderpump was hilarious last night in the back alley of SUR examining the bad tattoo decisions.

This is what she said in her video blog.

“I’m wondering to myself, where did my life get to that I’m standing in a back alley looking at ass tattoos?

I mean it’s not exactly a Picasso on his ass that’s for sure — it’s still a compliment that he put her initial on his ass whatever way she looks at it, I think she’s being a bit harsh.

Well if Tom’s mom is really a firefighter then maybe she can put out that flaming A on his ass.”

Ohhhhh snap! Yeah someone needs to put out that fire for sure. “Kristen, no no no — bad idea. I get why Kristen would want to apologize to Ariana, but why does she need to do it in my restaurant?

Well, I can give Kristen some credit here — I do actually feel that Kristen is making a distinct effort and she’s showing a kind of conciliatory attitude, but Ariana is just not having any of it.

Sometimes you have to look at it from somebody else’s perspective, what Ariana has to understand as well is that Kristen’s fear initially was that Ariana was hooking up with Tom and when they turned out to be a couple ultimately maybe her fears were founded.”

Yep. I’m not sure what side to take here. Kristen is pretty awful, but at the same time she had good reason to hate Ariana because Ariana is the straw that broke the camel’s back and facilitated the official break up between her and Tom.

And the James Kennedy Jax Taylor rivalry is hilarious…the fact that James is convinced that Jax is after BOTH Lala Kent and Kristen Doute….I mean which is it?!

“Oh you gotta just love James, I mean he’s shameless in his competition with Jax. Wait, hold on a second…isn’t Brittany en route in her car from Kentucky? This is really confusing, like you’re saying one thing here and one thing there — which side of your mouth are you lying out of now, Jax?”

The big sitch is the fact that the SUR gang wants to invite Doute on the next birthday trip. Tom has a complete meltdown.

“I do see Tom’s point. I don’t think Kristen should be invited on this birthday trip. If it’s Tom’s birthday as well as Jax, absolutely not. But you actually have to keep your calm if you’re going to try to convince people, he’s totally overreacting.”