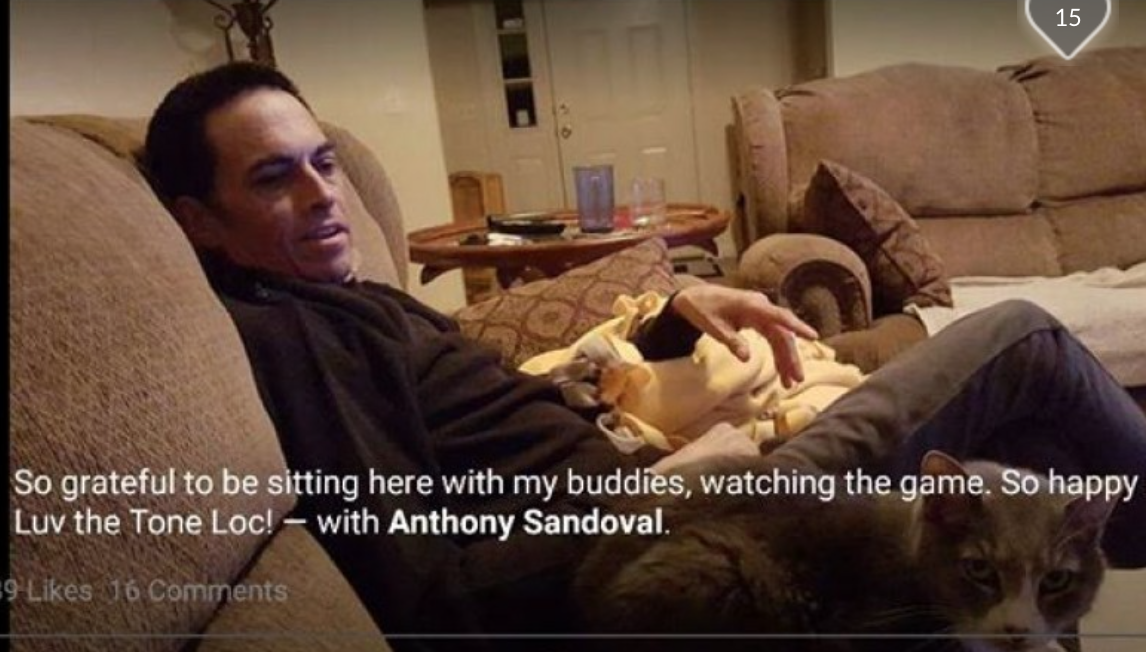 Ironically shortly after the episode where Tom Sandoval’s girlfriend Ariana Madix has a meltdown about her fathers massive heart attack in August of 2013 (2 years earlier), Tom’s dad, Anthony Sandoval suffered a heart attack on September 9th, 2015.

First of all, thankfully Tom’s father did not die.

Secondly, I was struck by the fact that Tom’s dad is a dead ringer for Tom.

Third, how odd that Tom never mentions this major event!

We found this on GoFundMe after an insider tipped us off that Tom’s dad’s name is “Anthony”. His friend posted this in an effort to raise some money for Anthony.

“I’m starting this campaign for my long-time & great friend Tony Sandoval. Tony’s world was turned upside-down on the night of September 9, 2015 when he couldn’t sleep. After a long, uncomfortable & unsettling night, he checked himself into a hospital west of St. Louis.

He awoke about three weeks later, inside Barnes-Jewish hospital located downtown. He was there because he’d suffered a major heart-attack, & because Barnes is reknown for it’s cardiac care throughout the midwest.

The cause of his event is still unknown; he was found to have very little blockages or valve issues, & yet his heart went into shock, & was reduced for days to about 5% capacity.  So he is indeed extremely fortunate to be alive.

Suffice to say Tony has a long road of recovery ahead, & at age 58, has had to put his sales career aside.  And he was a very good salesperson. I know this because I worked with him, when we first met in the recruiting business.  Nobody balanced profits with people better than he did.  If you’ve had the pleasure of working with him as a colleague or customer,  you knew he cared both about you, & about doing things the right way.

It’s never easy asking for money; Tony’s resisted the idea from the start.  He’s a proud man, & for good reason.  He’s raised two very successful sons who are both a reflection of Tony…… they are self-sufficient, self-less, honest, & dignified young men.

But Tony has a mountain to climb – & it’s one that no single one of his friends, or loved ones can scale for him.  He will soon have a heavy dose of medical & rehabilitation expenses, which for reasons that are too unfathomable to explain, will not be covered unless he qualifies for Medicaid.  There are still cracks in the healthcare coverage apparatus, & Tony has fallen into one.

So, please know that anything you are able to contribute toward him getting back on his feet will be very well spent.  Simply put, Tony is worth it. Every penny.”

Wow!! Well I am not sure how to interpret that. I have always been pretty weary of GoFundMe or any of the other online pan-handling sites like KickStarter. It does not sound like Tom is close with his father at all so who knows. Maybe dad’s a bit of a hustler?

At any rate I did not see Tom talk about this shocking event on social media which really makes me think the two are not close. But how ironic that the event occurred right after Ariana’s 30th Birthday where she blasted Tom for not supporting her during that time since it was the anniversary of her father’s massive heart attack which obviously is what killed him.