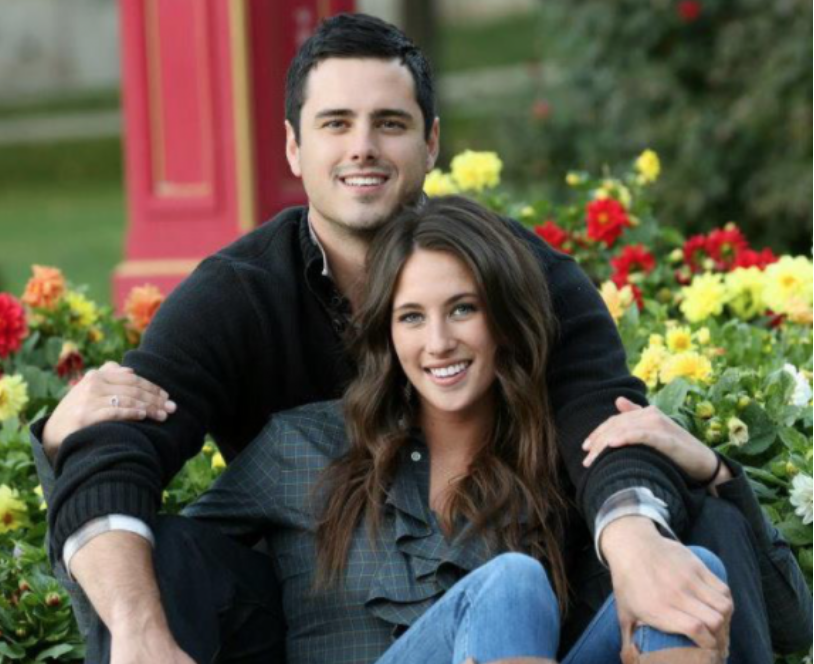 Twenty-six-year-old Bachelor Ben Higgins may have had his heart broken on The Bachelorette, but now he is “Perfect Ben” and women are throwing themselves at him left and right—literally. NTM he is in charge now and pretty much guaranteed to walk away a winner.

But wherever there is a handsome young eligible man there is a hot ex girlfriend and possibly some unfinished business.

On the previews for Ben’s season he says,

— implying that he needs to get over being hurt by someone. Hmmmmmmmm…..

But he may not have handled his previous breakup with such dignity and grace according to his ex girlfriend Shaelin Adams, 23. The two met at Indiana University and dated for a year and a half from 2012 to 2013 until Shaelin broke-up with Ben and moved to Austin, Texas for a job position.

Over the summer Shaelin claimed that he told her he still loves her “over the phone a few times after the break-up.” Adding, “it was hard for him to let go. I don’t think there was any closure on his side.”

The previews suggest that Ben talks about his ex on his 9 week journey to find a life partner. Of course this begs the question, is Ben really over Shaelin now? And is Shaelin really over Ben?

In fact Adams went on to suggest that Ben was on the rebound saying to Star magazine ….

“Romancing Kaitlyn could be a way for Ben to get back at me”….“We dated for a year and a half before I broke up with him, and soon afterwards, I heard through mutual friends that he signed up for The Bachelorette.”

“I was shocked! Ben’s very grounded and doesn’t seek attention; he never seemed like the type of guy who would want to be on TV. But the timing was fitting—and I wouldn’t put it past any guy to use another girl to make their ex jealous.”

So if we read between the lines…..why would an ex make these little jabs at Ben unless she was feeling a bit slighted and jealous. Now that all of America is is going crazy for perfect Bachelor Ben Higgins is Shaelin regretting her decision to break up with him?