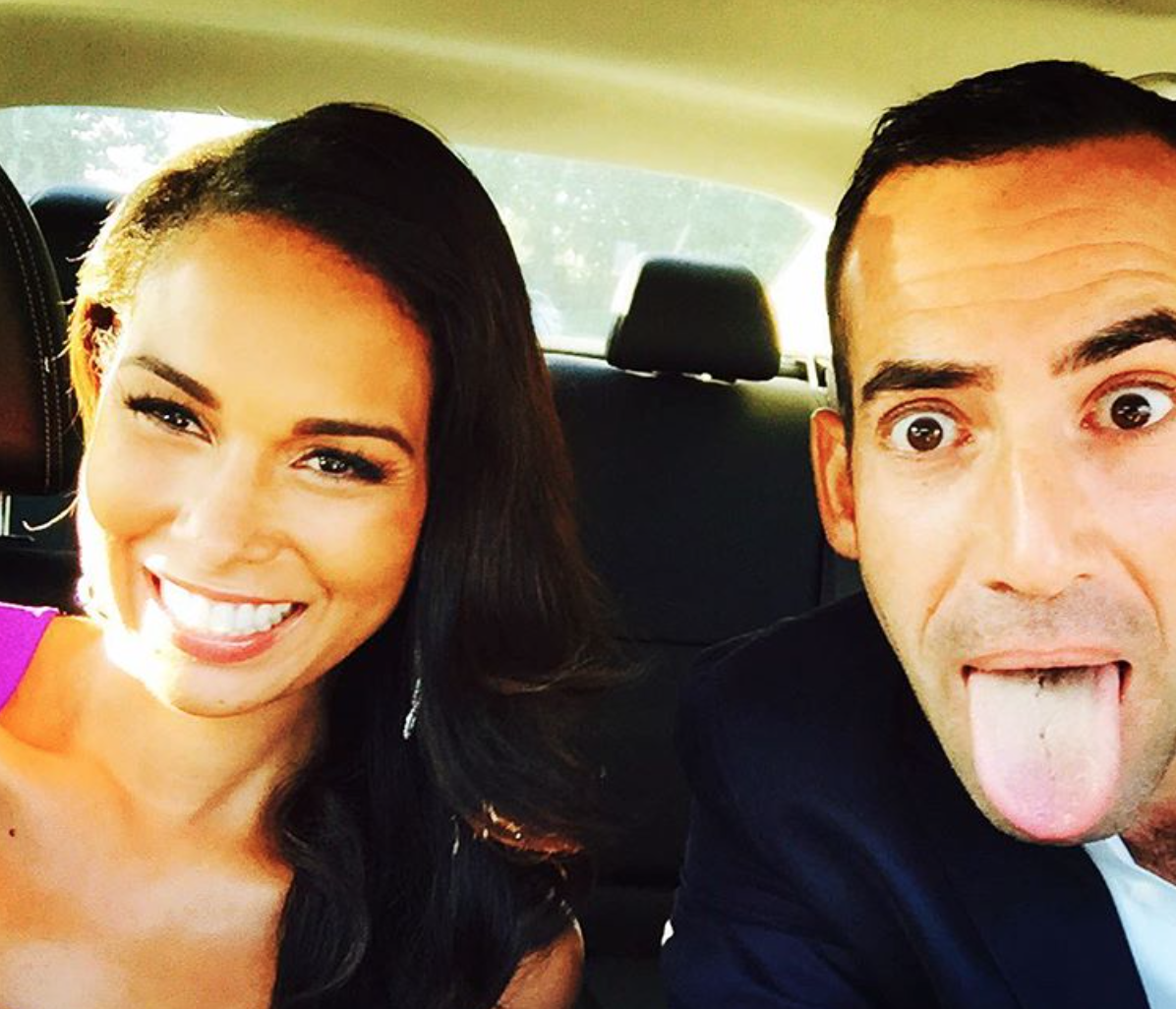 Real Housewives of Potomac star Katie Rost was gushing over her boyfriend Andrew Martin tonight on the premiere of the fledgling season of the Bravo show.

Katie described her ethnicity as half-African American and half caucasian, but claimed she loved white Jewish boys and apparently they LOVE her because Andrew seemed just as smitten with the stunning 35-year-old model. She also said she loved the way Andrew handled money aka he is rich!

Anyhow, what does Andrew Martin do that makes him such a stellar “handler of money”?

He is an investment banker in DC. It doesn’t get richer than that. He has been a broker and advisor at Oppenheimer & Co Inc in Washington, DC since 2013, but prior was an Investment banker at Morgan Stanley in Bethesda, Maryland (2000-2012)) and Prudential (1994-2000).

He graduated from the Western Maryland College in 1993 which would put him in his 40s.

But Andrew did show us his softer side tonight helping Katie care for her 3 children. Katie is seriously hoping Andrew will put a ring on it.

In her Bravo blog she said this about her relationship with Andrew.

“My mom actually introduced me to Andrew and very much encouraged our relationship – she even gave him my number. They belong to the same golf club in Potomac and my mom had probably vetted Andrew as having husband potential. He’s single, Jewish, good looking, comes from good family and is a very elegant man. His only bad qualities are being golf obsessed (kind of annoying) and being like escape artist Houdini when marriage is brought up (super annoying).

I don’t understand why Andrew thinks slow and steady wins the race. I’ll be 80 if I don’t keep the pressure on him. Andrew has been very slow and steady for all the years he was waiting for me to show up in his life. Now I’m here and he should grab it and lock it down. When you want something, take possession before someone else does in my opinion.”

Katie was already married once to Dr. James Orsini whom she has  three-year-old James Rocco and 14-month-old twin daughters Kathryn and Renee with.

Real Housewives of Potomac airs Sundays at 9pm on Bravo.