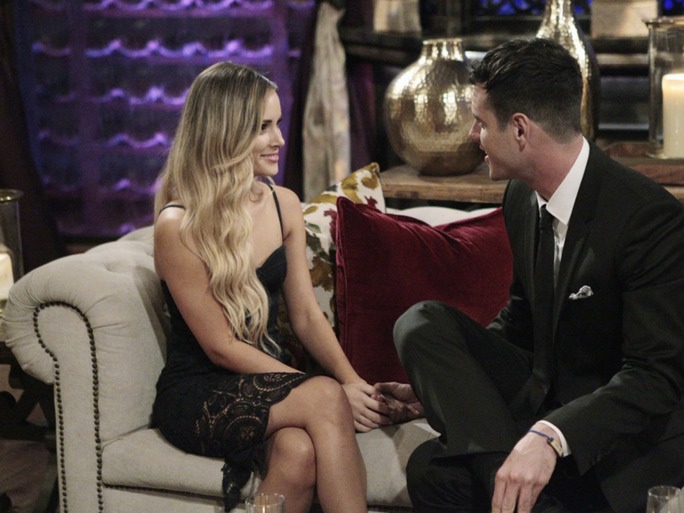 Amanda finally opens up about the shocking story of her ex husband and baby daddy 28-years-old Nick Buonfiglio. She has 2 very young daughters with Nick, Kingsley, 3, and Charlie, 1 1/2.

She said that it was not a good marriage and that it failed because he cheated.

“I’ve been through a lot in relationships” she confides in Ben.

“I was married to the father of my kids when my 1st daughter was 6 months old…there were always red flags…..he liked to go out a lot.”

“I ended up getting pregnant with my second daughter and I feel like at that point things went down hill.”

“He had a very addictive personality and wasn’t always the nicest person to me.”

“I found an old cell phone of his, there was a bunch of text messages from ex-girlfriends,”…..”Girls that he was meeting on online dating sites and stuff like that.”

Incidentally, we have his shocking Tinder profile from when they were married.

Ok, so I guess Amanda will NOT be getting back together with her ex. (Initially I thought this was a possibility, but now, no way).

Nick works in sales for the Orange County Register and lives in San Clemente, California with his mom and dad, but he is originally from Prospect, Kentucky.

No wonder an insider emailed us saying,

“I just read your article on Amanda and her ex husband Nick Buonfiglio. ……The first photo that you used of Nick with Amanda and one of their daughters was actually used for his Tinder account that he had while they were married… He cropped Amanda out of the photo and used one of his small daughters to make it appear that he was a single dad.”
They also said,

“There is no unfinished business between the two of them. She is an amazing mom to their two young children but her relationship with Nick is nothing more than he is the father of their two children.”

The two do share custody of their 2 daughters though so I don’t know how that would work if Amanda relocated to be with Ben.
Photo Source: Facebook