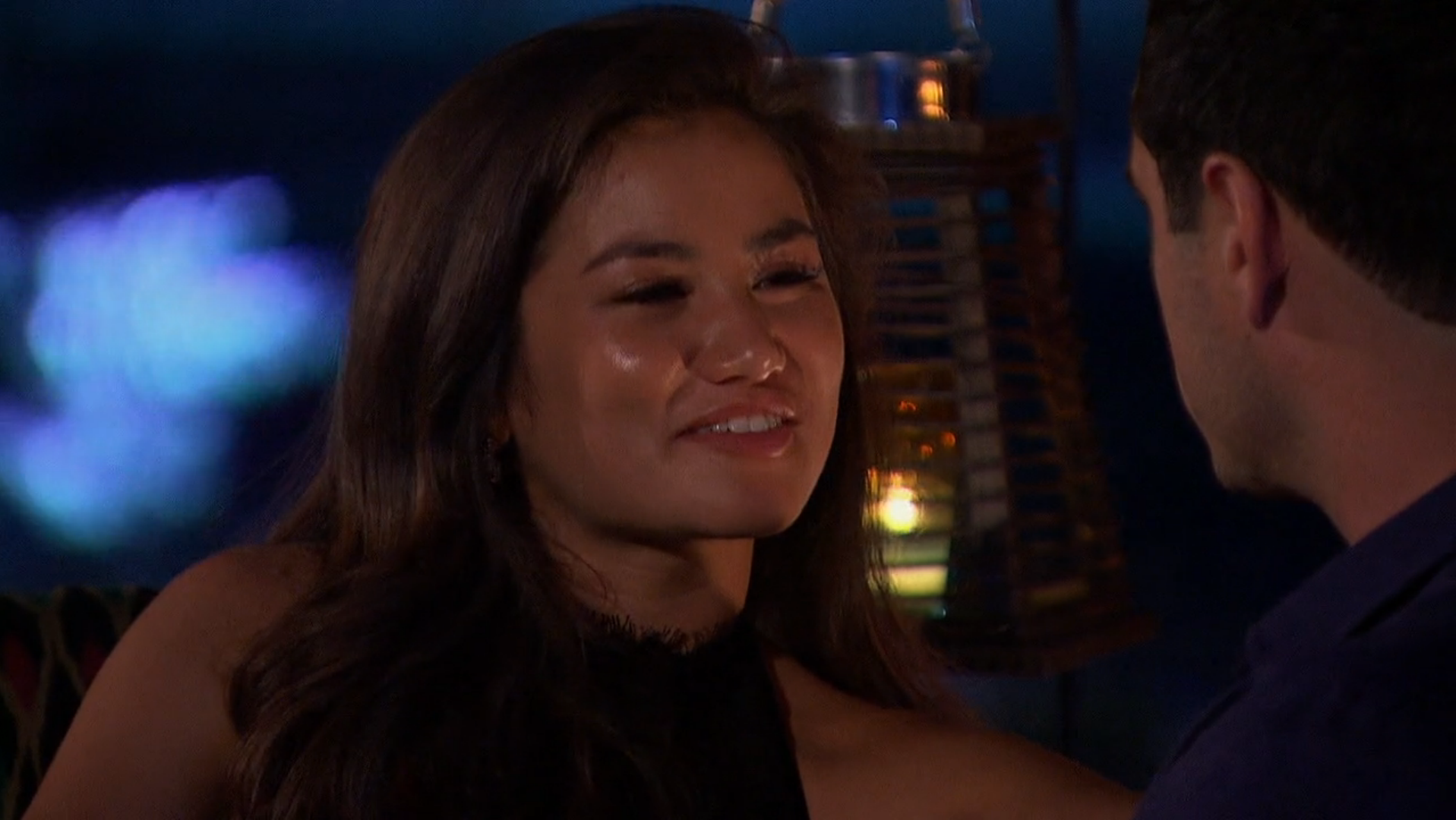 And let’s be honest as hot as Ben is for the 23-year-old “sex Panda” (I know it’s “sex Panther”, but I heard “sex Panda” and I do not want to give it up!) he and Caila have NOTHING in common and zero chemistry.

The long awkward silences on the river rafting trip were unbearable.

And Caila can not keep using the “I’m scared of falling in love” excuse to be so boring with Ben. Bottom line is Ben and Caila are about as compatible as Kaitlyn and Ben. I mean would Caila ever do a prayer to release tiny turtles in to the wild with Ben like Lauren Bushnell did?

Alas Ben is clueless to the fact that Caila is not that in to him and is angling for The Bachelorette.

“She’s beautiful, but Caila sometimes has a tendency to withdraw, and it makes me nervous that maybe we’re more distant than I really expected or thought we were,” Ben says in his ITM.

She confesses to Ben, “I was off today because it’s hard knowing that there are two other people in this.”

I love it when people ALWAYS say this considering they willingly signed up to be on a show where the lead would be dating other women up until the very end–especially since Caila applied for the show while she was dating someone!

Caila eventually said “I love you,” and cute, sweet Ben pulled a Ben Flajnik. See whenever things got uncomfortably awkward and Ben Flajnik had nothing to say to his suitors — like with Blakely Shea — he would just start making out with the girl.

I suspect at this point Ben knows Caila is toast, but contractually can not tell her she is toast.

But luckily this time Caila was clueless to the subtext from Ben thinking his refusal to respond to her declaration of love meant his feelings ran THAT deep.

”Ben doesn’t have to say anything,” ……. “I tell him I love him, and I can see in his eyes. And I can feel in his breath that he feels the same.”

Where is Olivia Caridi to translate Ben’s secret messages!

But in the end Ben tells cameras,”With Caila, I just couldn’t say it,” he said. “There’s just something missing.”

Caila knowing she needs to be aggressive, shows up unannounced to Ben’s pad, but sadly Ben decides to break up with her on the spot.

See Caila is an enneagram 3. As much as she is not that in to Ben she can NOT stand the fact that he is actually not that in to her and even though she is clearly angling for The Bachelorette and not Ben’s fiancee the rejection proves too much for her and she decides she is not going down without a fight.

Then interestingly, we see another side of Caila. Caila is angry and accuses Ben of reciting lines. She then storms off in tears.

“I was ready,” Caila claims during her car exit.

Don’t worry Caila. I’m sure your career with ABC looking for love on national television is not over yet! Not by a long shot!