Lisa Vanderpump on Jax Taylor: ‘Brittany’s not the problem right now, he is’ 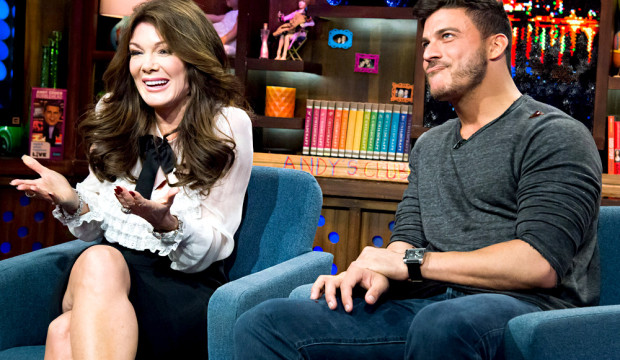 This season of Vanderpump Rules Jax Taylor’s rather hasty and impulsive decisions seem to be catching up to the 36-year-old star. Commitment-phobic Taylor impulsively invited new girlfriend Brittany Cartwright to move from Kentucky to California to be with him. He then impulsively invited Brittany to move in to his tiny studio apartment with him.

And then……impulsively stole a pair of very expensive sunglasses in Hawaii.

All these situations collide on season 4 and come to a dramatic head.

Jax obviously has a long history of being a ladies man and being a bit fickle and a bit of a philanderer, but he has never had a girl upend her whole life and drive 36 hours straight to be in a committed relationship with him.

He buys her a boob job.

Jax also has a long history of being a kleptomaniac, but he has never been caught like this before.

Even though he gets bailed out of jail he is also still feeling pressure after his Hawaii arrest because he still has a trial date. In fact he was very recently sentenced to 364 days of probation.

Lisa Vanderpump commented in her blog about the heap of self-induced situations Jax is forced to deal with this season.

“This is where we really see the core of what’s really going on with Jax. With everybody else, Jax minimizes it but now I’m seeing a glimpse of his fear of what actually might go down in Hawaii.

Jax has this natural tendency to want to run away from things. You must realize that Brittany’s not the problem right now, he is.

I think Jax feels like the walls are closing in on him but he shouldn’t right now. He should be celebrating the fact that he’s got this young girl that will stick with him through thick and thin.”

Well it sounds like Jax and Brittany are shockingly doing great now. And yes Jax is legitimately terrified about what happened in Hawaii and he should be because he is not out of the woods yet. 364 days is a LONG time for Mr. Jax Taylor to stay out of trouble.

Lisa is right. The biggest threat to Jax Taylor is not sweet Brittany. Jax’ biggest enemy is Jax.