Chad Johnson Match.com profile claims he is spiritual, an entrepreneur & was honorably discharged from the military 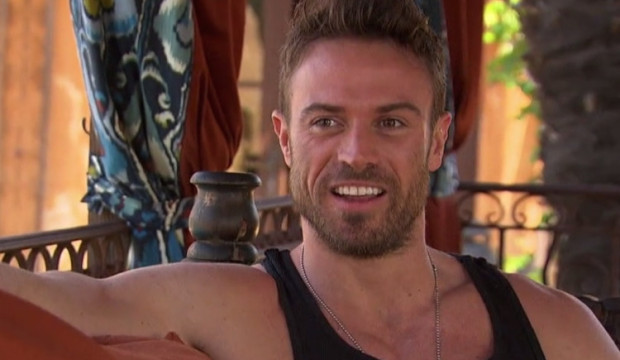 Chad Johnson Match.com profile claims he is spiritual, an entrepreneur & was honorably discharged from the military

28-year-old Tulsa, Oklahoma Bachelorette contestant Chad Johnson has taken the world by storm in his first 4 appearances on national television!

I don’t want to use the “N” word, but I think someone may have a case of narcissism and a profile on Match.com proves that Chad’s douchey onscreen persona is not an act!

Yes a very douchey Match.com profile has been unearthed by Reality Steve.

First of all RS claims someone emailed it to him. I don’t buy it. Why? Because when an insider actually emails Steve he always proudly shares the email to help perpetuate the myth that he has 100s even 1000s of random insiders emailing him enough info to spoil every single episode every single season.

Not to mention it looks like the screenshot is from 2 years ago.

So I’m sure the Match.com profile comes from his usual NSA wire taps on producers phones. Why does that even matter? Because it gives us some insight into the casting process that goes on behind the scenes.

If you recall, after the giant scandal around casting on Married at First Sight it came out that producers cast the show by trolling Match.com and other social media. So this is sort of standard operating procedure for casting a reality dating show. And not surprising. Nor is it even really offensive.

Anyhow, that said, it makes sense that RS would have his Match.com profile since he would have the producer’s communications and it suggests to me that Chad Johnson was seriously cast to play the role of villain.

Obviously I love The Bachelor and Bachelorette but if I have one criticism it has become a bit formulaic.

Anyhow this is the world’s most amazing Match.com profile. I don’t even know where to begin.

You can just imagine the glee of producers when they found this gem in the rough.

In it he claims that he received an an honorable discharge from the military, that he is very spiritual, and that “unfortunately he only dates beautiful women”!!! It’s interesting since we received an email from an insider who knows Chad and claims that he dropped out of the marines.

“Chad wasn’t even in the military, he dropped out in basic training.”

I know he is a serious security risk, but I cannot imagine that producers are going to let this douchebag go that easily. Im sure that despite the advise of ABC’s legal counsel and their better judgement, he will be on Bachelor in Paradise.

Chad Rookstool to crash Jojo Fletcher's season of The Bachelorette?

Who is the ex girlfriend that Grant Kemp broke up with to appear on The Bachelorette?