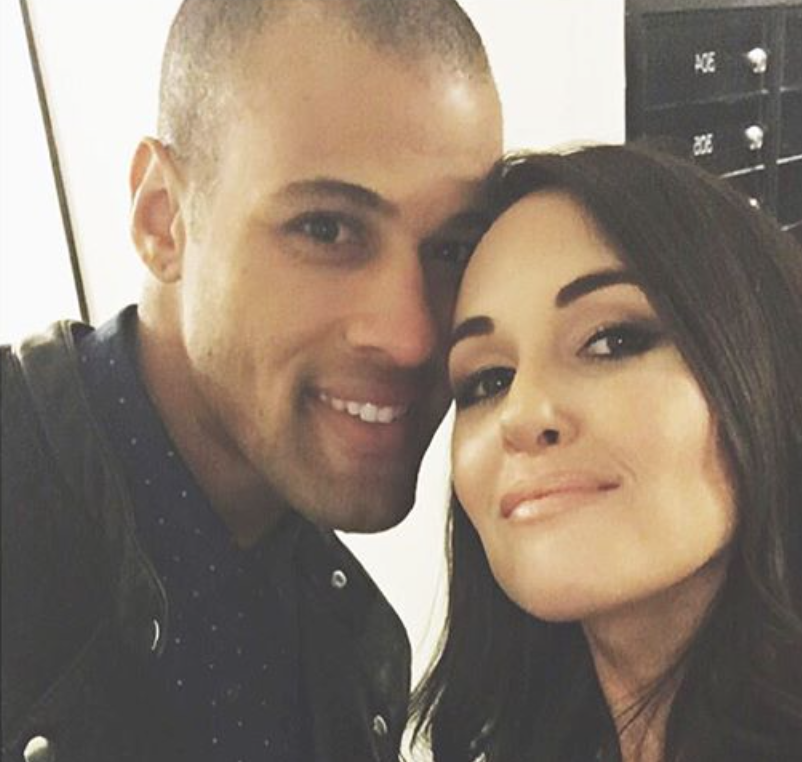 Aside from the amazing antics of Chad Johnson, the real drama this season of The Bachelorette appears to be what is happening offscreen. In fact season 12 of the show may break the record for the most jackasses on any one season of the show. Turns out 3 of the men competing for a life-long relationship with Jojo Fletcher left girlfriends high and dry when they left to film the show.

One of the three guys is 27-year-old San Francisco firefighter Grant Kemp–yes the guy who promised Jojo that he would not pull a Ben Higgins and blindside her by falling for multiple women!

Grant’s story is particularly interesting because it was his then girlfriend Jen Green who introduced him to Bachelorette producers! How meta is that?

Yes Jen and Grant met on a flight in 2014. The two were crazy about one another — even talking marriage and children when Grant left to film. Grant even got a tattoo of their flight number on his arm.

“At the very end of January, Grant abruptly broke up with Jen – OVER THE PHONE while she was out of town filming another show. He gave little to no information as to why they were breaking up and canceled a trip to see her to speak about it in person. He just left her in the dark.”

So who is this ex girlfriend that Grant broke up with to appear on The Bachelorette?

She is 27-year-old Reality Television producer Jen Green from Los Angeles, California and she is stunning. I can’t help but wonder if Grant is regretting this d-bag move.

Anyhow Jen is a producer for The Real Housewives of New York City via Shed Media and she has a long background in reality TV. She has Bachelor of Arts, in Journalism and Political Science from the University of Arizona (2009). And previously she worked on Top Chef  and The People’s Couch.

It looks like Jen was living in Los Angeles so perhaps the long distance was a factor, but she had no clue a break up was coming.

I hope this situation will be addressed in the near future by armchair psychologist Chris Harrison.

Prior to Jen, Grant had actually been engaged.

Grant is headed to Bachelor in Paradise so as of yet he does not appear to be regretting the decision. I think Jen should count her lucky stars since she appears to be way out of his league anyway.

1 thought on “Who is the ex girlfriend that Grant Kemp broke up with to appear on The Bachelorette?”