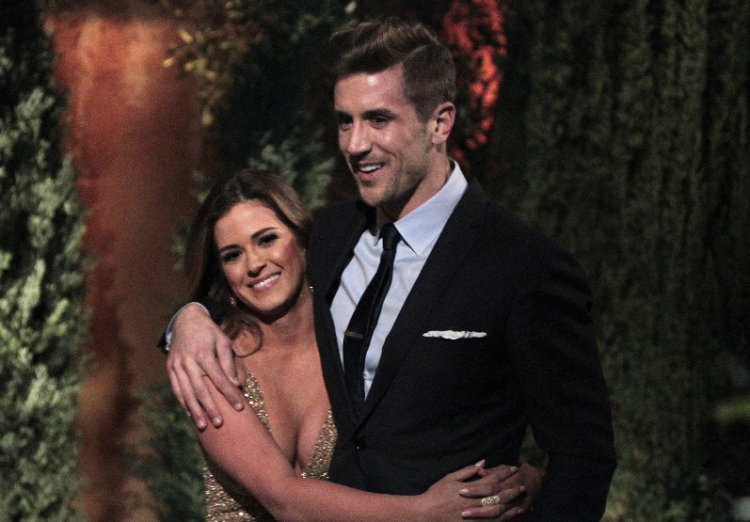 So I guess Jojo Fletcher learned about the cheating rumors swirling around contestant Jordan Rodgers back when she was filming The Bachelorette. Interestingly she says a “friend” told her. I am trying to figure out if by “friend” she meant Bachelor producers or an actual friend.

For example for some reason her cousin is friends with Jordan’s brother Luke’s girlfriend Lindsay Davis. So she may have had the inside scoop on Jordan from her own circles.

Keep in mind neither Jojo nor any of the contestants have internet access while the show is being filmed so Jojo must have learned about this before doing the show unless producers told her.

Fletcher says a friend told her about some “trust stuff” in Rodgers’ previous relationship with girlfriend Brittany Farrar.

Rather than denying the claims Jordan says, “I don’t even know what to say there.”

“Unfortunately it has a lot to do with sports,” ……” I was focused on one thing in my life – being the best football player I could be. And when I wasn’t, it was tough, and I took it out on people. So she was along for the roller coaster of when I was at my best and when I was at my worst. I’ll be the first to admit I was awful, and I wasn’t the best person all the time.”

Jojo bluntly asks, “Was there cheating?”

Oh dear God! Imagine what she thinks now after seeing the latest claims?! Doesn’t really appear to be limited to “sports” issues.

This is now on top of claims from women that Jordan is unemployed, fame hungry and desperate for a girlfriend.

I guess we will have to wait until Monday to see if Jordan comes clean.

Jojo strongly insinuated that her ex boyfriend Chad Rookstool had cheated on her so this is probably a hot button issue for her.