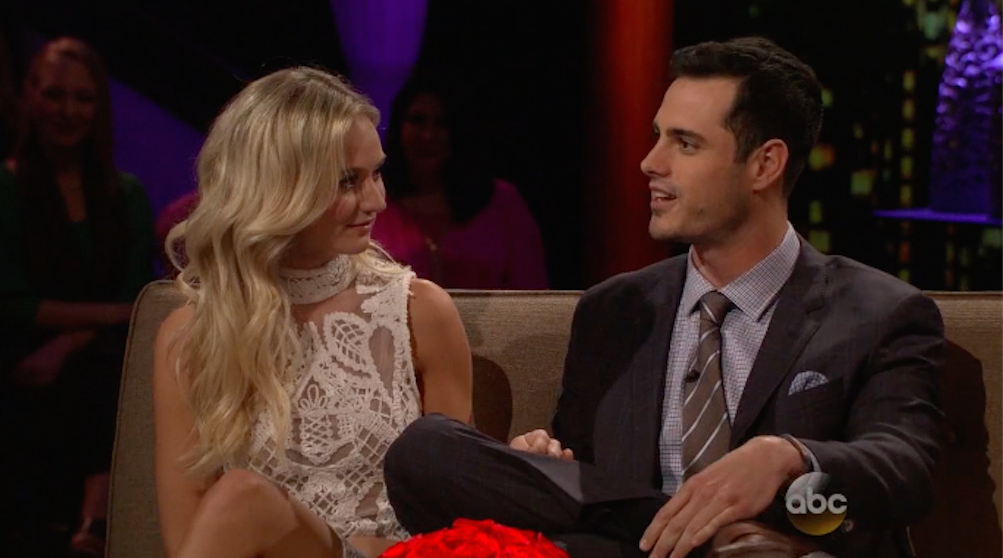 I have ignored all of the breakup rumors surrounding Bachelor Ben Higgins and fiancee Lauren Bushnell ….. until now because nothing seemed remotely solid, but this latest story appears to have legs.

According to an insider at In Touch Ben is “realizing he’s still very much in love with JoJo, and that those feelings may never go away.”

Yikes!! I was worried this would happen because sweet Ben is an Enneagram one and ones compartmentalize their feelings. He had real feelings for Jojo, but due to circumstances (he was on a reality show where he was contractually obligated to find a life partner in 9 weeks) felt he had to make a choice. The “choice” meant his feelings for Jojo would always be unresolved. And one’s can NOT have things “unresolved”.

Unfortunately I think Jojo was over Ben the minute she got home and in to bed with her ex boyfriend Chad Rookstool. And the source seems to confirm that things are over in Jojo’s mind.

“Of course, if Ben reaches out to her, she’ll talk to him,” says the insider. “But I can promise you, she will never get back together with him — ever. JoJo will forever be the one that got away.”

So who is this insider? I strongly suspect it’s Ben’s ex girlfriend Shaelin Adams who has gone to the tabloids before. For some reason Ben continues to confide in Shaelin despite this pattern.

I’m afraid Ben has fallen into the disintegration pattern of the Enneagram one….self sabotage. I’m not entirely sure if he had chosen Jojo if he would have been happy and not pining for Lauren. Either way this is a disaster!

I suppose the big lesson is that things are not always as “perfect” as they appear.

Incidentally after I posted this someone on Twitter who appeared to have some inside knowledge insisted this was utter garbage and that Ben and Lauren are very much in love so I hope that person was right. Fingers crossed!

The only reason I gave this story a shred of cred is because they have a quote from an insider which makes them vulnerable to a lawsuit if they are lying and because Shaelin had gone to the tabloids in the past in what appeared to be an effort to sabotage Ben’s chances to find love.

But if we look closely at this, this person must be close to both Ben AND Jojo and not be connected with the show since they all sign a $5 million dollar NDA which seems a bit implausible. See if InTouch sticks with this…

So let’s hope it is “utter garbage”.