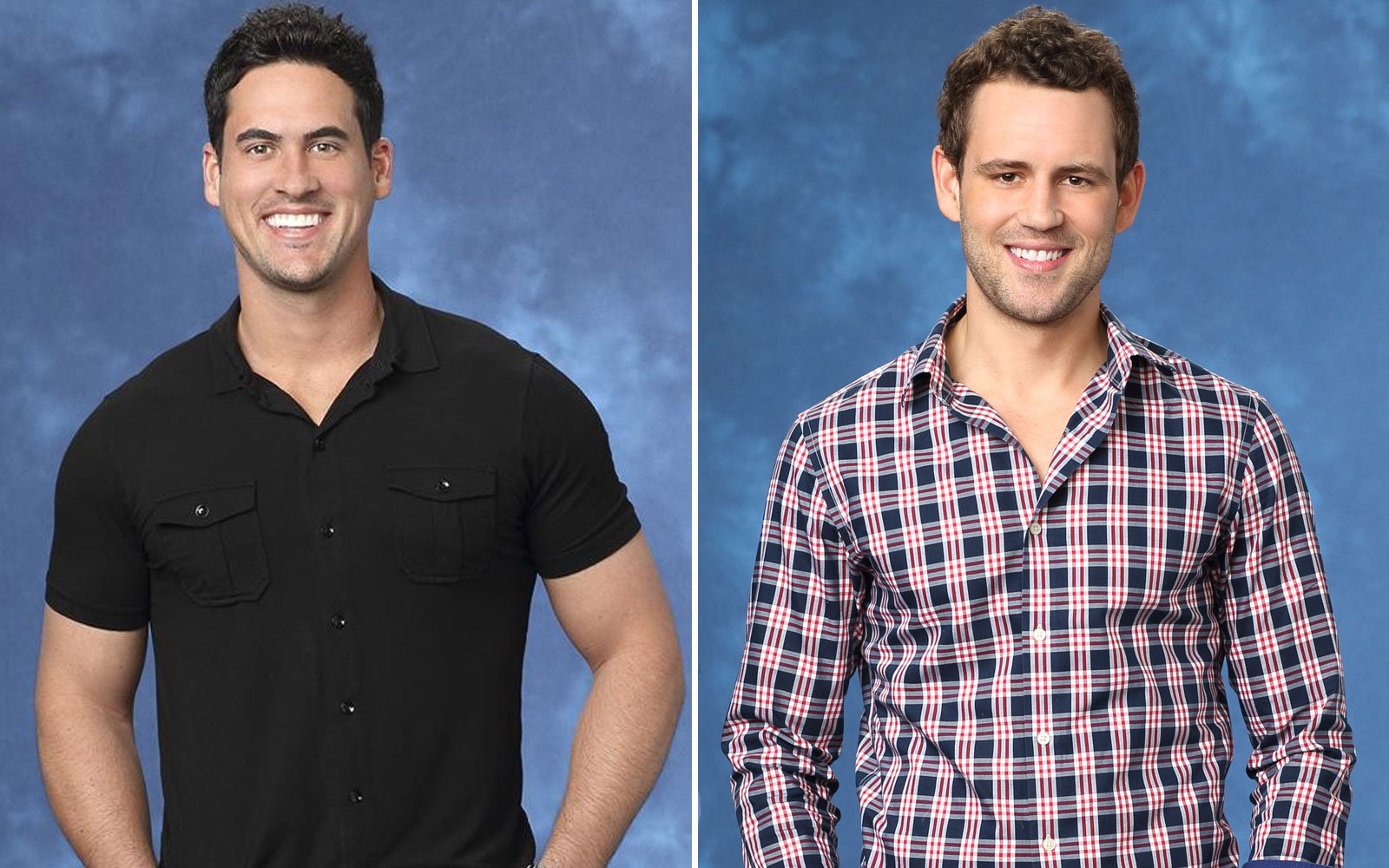 The Bachelor/Bachelorette franchise is not done with two of their most popular male cast members —35-year-old Nick Viall and 31-year-old Josh Murray—They are headed to the Playa Escondido resort in Sayulita, Mexico for season 3 of Bachelor in Paradise!

The two were once epic rivals–in fact it’s possible that Andi Dorfman’s Fantasy Suite indiscretion with runner-up Nick Viall is what led to the implosion of her relationship with Josh.

In fact, remember the epic airplane video of Nick Viall flying home after getting dumped by Andi and telling someone over the phone that all Josh does is “sh!t and sleep all day”!?

But given Andi’s recent book ’It’s Not Okay’ where she bashes both Josh and Nick, I suspect the two will put aside their differences and bond over getting publicly dissed by the former Atlanta prosecutor.

And Josh will be fresh off of the heels of another reality show called Famously Single on E! And luckily that show is several weeks of intensive relationship therapy so Josh will be totally cured of his relationship issues when he arrives.

I guess it also means that Josh did not find love on the show–despite the previews showing him cuddled up with 43-year-old cougar Brandi Glanville.

It’s perfect timing after Andi publicly destroyed Josh accusing him of being ’emotionally abusive’. I suspect he will take this opportunity to get a few digs in.

In response to the allegations Josh said,

“It saddens me and it’s unfortunate, she has chosen to characterize me in such a negative way.”

I am still dying to know if the rumors are true that Andi slept with his brother Aaron Murray!

Anyhow, Nick will no doubt be doing what he is famous for….trying to get laid. In fact as we speak Nick is on a date with Leah Block. I can’t imagine we will see an engagement from either Josh or Nick, but just the prospect of seeing them together is amazing!

It sounds like Murray is hitting it off with single mom Amanda Stanton.