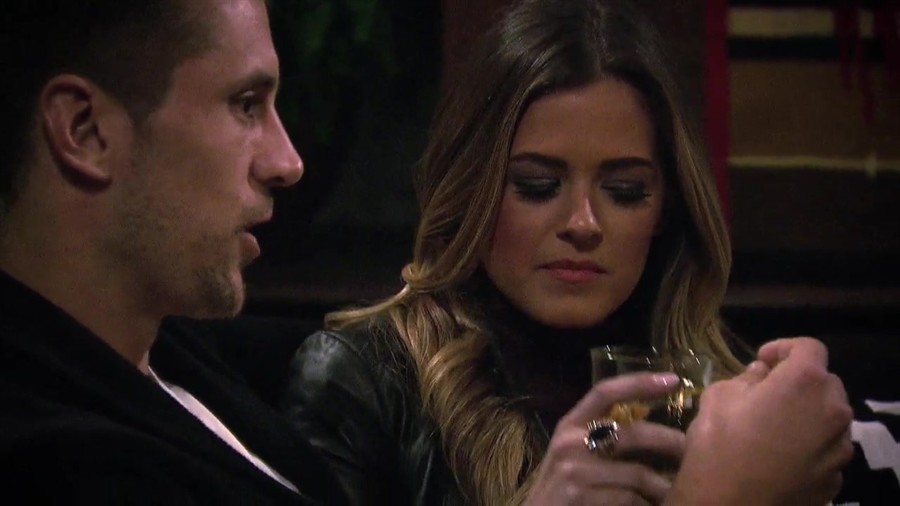 Bachelorette contestant Jordan Rodgers has come off pretty cocky and self confidant—maybe too confidant–all season, but last night we saw a vulnerable side to the 27-year-old NFL quarterback.

On a 1 on 1 date at a winery in Mendoza, Argentina Jojo Fletcher asks Jordan who she will be meeting on their Hometown date. He drops the bombshell that she will not be meeting his “middle brother” 32-year-old Aaron Rodgers and that he has been trying measure up his very famous brother all his life. He also tells Jojo that he and his brother do not have a relationship.

I thought the confession would surely raise flags for Jojo, but apparently his vulnerability only made her like him more!

Jordan said this to Jojo when asked about his strained relationship with Jordan,

‘Like I said, I have a great relationship with my brother Luke’….. ‘Me and Aaron don’t have that much of a relationship.’

‘It’s just kind of the way he chose to do life and I chose to stay close with my family and my parents and my brother. Yeah it’s not ideal’.

‘And I love him and I can’t imagine what it’s like to be in his shoes and have the pressure that he has and the demands from people that he has. I don’t have hard feelings against him, it’s just how things go right now.’

‘At every step of my life I was just kind of disappointed, and no matter what I did it was never good enough for a coach or a teammate because I was being compared to someone who did it the best.’ And this is what she said in her People blog about the shocking confession and their date,

“Taking a private jet to a winery in Mendoza and picking our grapes to attempt to make our own wine (a.k.a grape juice) was so fun.

It was our very own I Love Lucy moment. It was the perfect day, but I was looking forward to dinner so we could really sit down and talk. Everything Jordan shared with me at dinner really opened my eyes up to the man that he is.

Hearing him talk about his experiences, living in the shadow of his brother and the pain of not having Aaron in his life really hit home with me.

That was the first time I saw this incredibly vulnerable and honest side to Jordan. He opened up about issues that aren’t the easiest to talk about and it meant a lot to know he trusted me enough to share these things.

Hearing him tell me he was in love with me for the first time was the perfect ending to what I would say was the best day we had shared together.”

Yikes! this train wreck can not possibly end well. Is it just me or should this not have been a MAJOR red flag for Jojo?

In the meantime the other guys are growing more and more suspicious of Jordan’s motives.

Next week we get to meet Ed and Darla Rodgers and Jordan’s brothers Aaron and Luke Rodgers!

We will get to see Jojo ask Aaron about the mega-situation. PHEW!