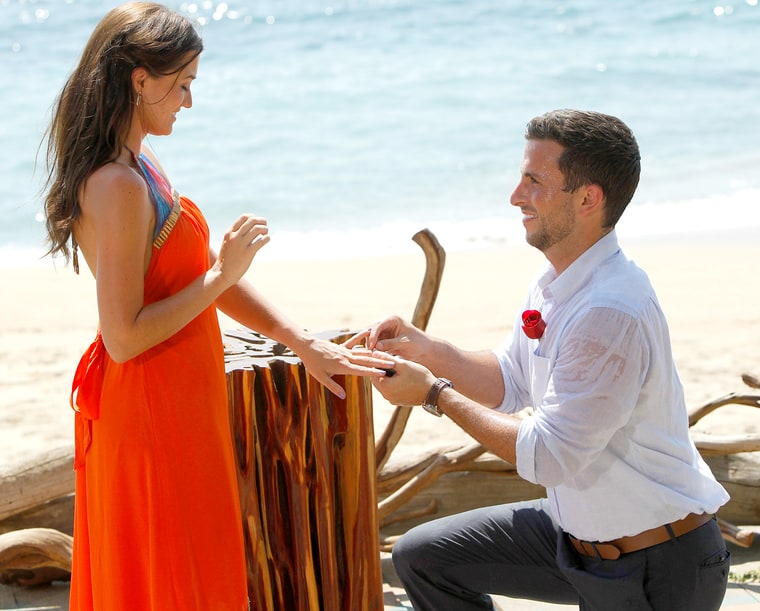 You can’t always get what you want — or what you need. On the Friday, October 28, episode of Marriage Boot Camp: Reality Stars, the couples came face to face with their wants and needs, and whether their partners were meeting them. Spoiler alert: They weren’t!

PHOTOS: 10 Times ‘The Bachelor’ Made Our Heads Explode!

The episode commenced with an exercise in which each person received a cardboard cutout of their ideal mate, and then pinned cards to that person listing the emotional attributes they would like. Tanner Tolbert knew instantly what the most important trait was that he was looking for in a mate: faithfulness. It turned out this was a hot-button issue for him because he had been cheated on in the past. In contrast, his wife, Jade Roper, said affection was her No. 1 requirement. (In case it

I think ABC may need to rework their contracts with contestants to make sure they don’t soil the fantasy of finding everlasting love in 9 weeks or 3 weeks in the case of Bachelor in Paradise by going on shows that make them work on their relationships and imply said relationships are anything less than perfect!

It’s pretty funny to think that two lovebirds who met on a reality show and just rode off into the sunset after being wedded in holy matrimony by Bachelor host/minister Chris Harrison would head straight to several weeks of intensive marriage therapy.

So this time the happy couple headed to therapy is Jade Roper and Tanner Tolbert who were married Sunday, January 24th, at the St. Regis Resort Monarch Beach in Dana Point and more importantly…on ABC.

The lovebirds will star on the WE tv show in October alongside Karen Gravano and boyfriend Storm (Mob Wives), Keke Wyatt and husband Michael Ford(R&B Divas: Atlanta), and Jim and Amber Marchese (The Real Housewives of New Jersey season 6).

And a mystery three-person relationship.