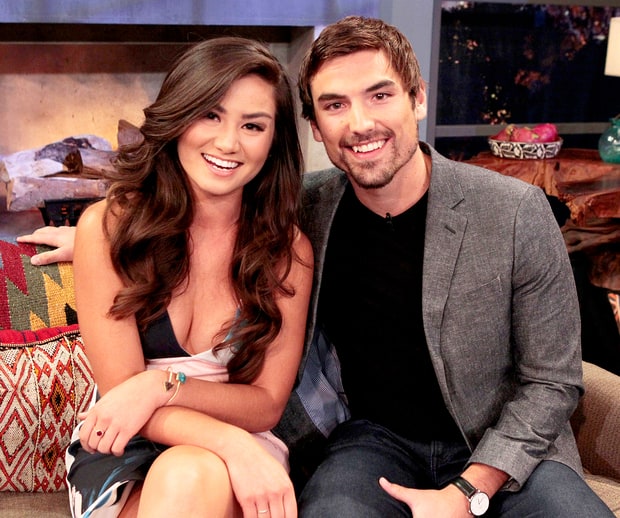 Bachelor contestant, Bachelor in Paradise star and almost Bachelorette Caila Quinn has decided to take a break from dating….. I don’t even know where to start. First let’s remember that this is the girl from the infamous website ‘Hot or Not’ and the girl who dumped a serious boyfriend the minute she saw Bachelor Ben Higgins step out of the limo on The Bachelorette.

So her efforts to find lasting love on reality television struck me as a tad insincere to say the least.

Not to mention a slew of inside intel led me to believe that Caila is looking for fame and not love. In fact it seems pretty obvious to me that Caila is playing the game to maximize her chances at becoming The Bachelorette.

In other words sweet Jared Haibon never had a chance. So I have to laugh a little that the 24-year-old Bollywood dance instructor is claiming that she now needs a “break” in an Us Weekly interview after two very brief onscreen relationships.

“I’m fresh off the press,” ….. “I’m very outgoing and I think I’ll probably go on a date to get back into things, but I feel like my heart needs a break to take a deep breath.”

In other words, ‘I am still single ABC and very serious about finding love, but I am so heartbroken after Jared and Ben I need a break…like 9 months…just enough time to coincide with the start of The Bachelorette….wink, wink.’

On Bachelor in Paradise she blindsided best friend Ashley Iaconetti by pursuing Ashley’s obsession Jared Haibon. Though the two did not get engaged on-screen they did continue dating off-screen for six weeks — Caila even met his parents — but the relationship fizzled and the two broke up in mid-August.

1 thought on “Caila Quinn taking a ‘break’ from dating”