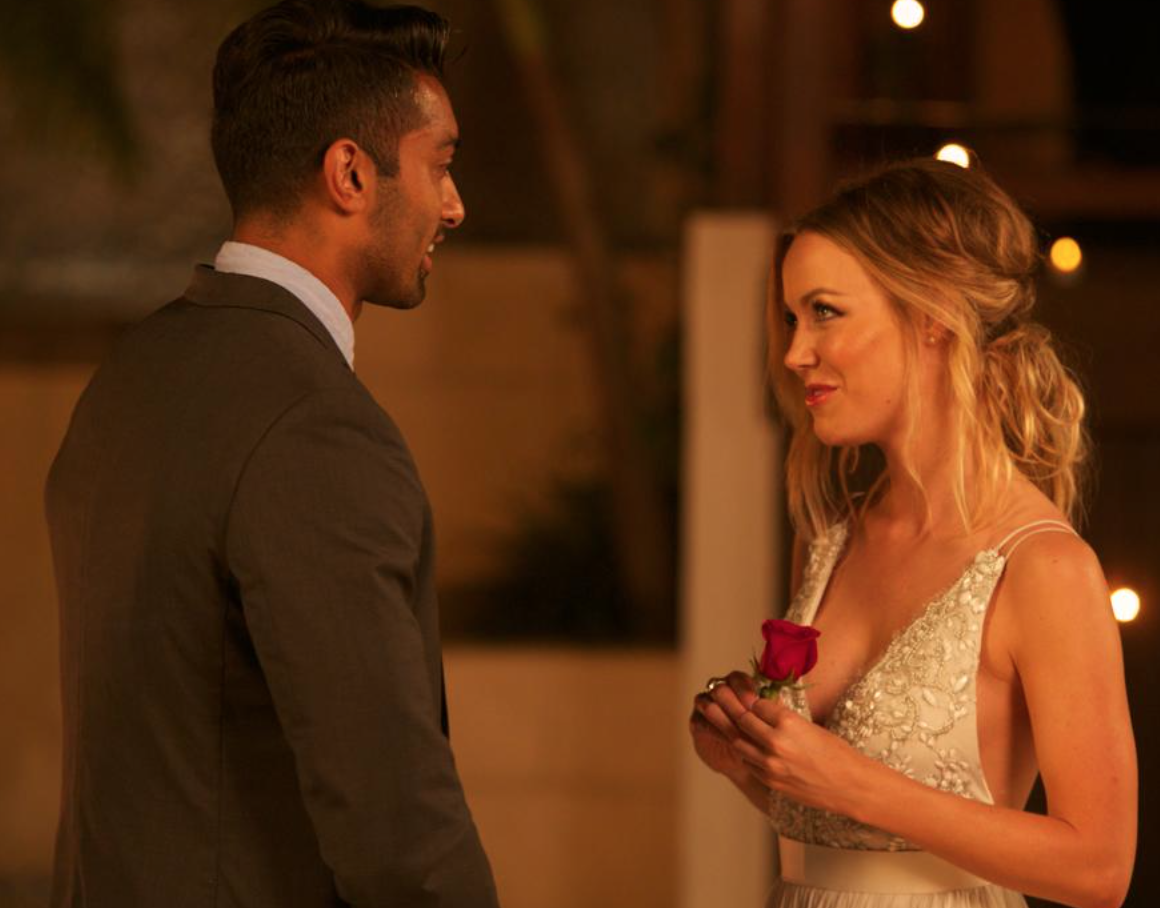 First I will say Mikhel did a hell of a lot better than I thought he would! So congrats on that Mik. But sadly he did not make it to the very end.

As a caveat I will say Jasmine actually seemed legitimately torn in the end. I mean how many times are we just tricked by editing into thinking the lead is torn? Well this time I do believe she was agonizing about her decision, and I think there is a chance she may still pull a Mesnick–more on that in a minute.

So I thought the Firefighter from Waterloo, Ontario Kevin Wendt was a shoe win up until a few weeks ago when we watched his disastrous Hometown Date. Kevin seemed to be in a death spiral making one giant mistake after the next–and his mom certainly did not help!

And Mikhel who I thought would be eliminated on night one was really starting to gain some ground.

In fact, Jasmine’s family felt certain Kevin would break her heart and advised her to pick Mikhel 2 weeks ago.

Remember Jasmine’s mom said, “Kevin seems to be what I think Jasmine tends to gravitate towards — good looking, charismatic, that type,” adding he “seems like a ladies’ man.”

And her sister Jade said Kevin’s confidence was “off-putting.”

Despite her families concerns Jasmine confesses that she is in love with both men.

“It’s hard to love two people at once… I’m scared to make the wrong decision.”

She gets one last date with Mikhel where Mikhel is looking for clues to give him reassurance that he will not get his heart broken. “I really am falling in love with you,” he tells her.

After their date he feels that he has that and that he can go engagement ring shopping with Michael Hill.

“I really feel like you are one of the best people that I’ve ever met in my entire life,” …. “The way that I felt with you, especially in this past week, has been incredible and I feel so lucky…”…..“I feel so lucky to have met you,” ….. “I don’t know the last time anybody has made me feel as cared about and as supported as you have made me feel.”

Now for the hard part….

“It feels wrong but I know that it’s right because you deserve the best and I know that you’re going to find that person and I know I’m always going to be a little bit sad about it. This has been the hardest thing that I’ve ever had to do. It’s because of you that this is so hard.”

Mikhel is understandably blindsided but walks calmly to the car before losing his sh!t.

“I really thought we had something,” he laments.

So Kevin and Jasmine get engaged. Cut to a few months later on After the Final Rose. Jasmine does not look happy. Adding to that she and Mikhel both admit they are still in love with one another. Adding to that Jasmine admits things with Kevin have been challenging.

And adding to that Kevin just posted this on Twitter,

It looks like tomorrow there will be some updates so stay tuned because I am expecting Jasmine to pull a Mesnick and dump her caveman for runner-up Mikhel.

If Mikhel and Jasmine do not get back together I think there is a good chance Mikhel will be The Bachelor for Canada’s 2017 season.

Mikhel was surrounded by close friends tonight to watch the heart wrenching finale.

Awwww, hang in there Mik. This will work in your favor one way or another.

UPDATE 11/23/2016: Jasmine and Kevin cancel all media interviews the morning after the finale airs.