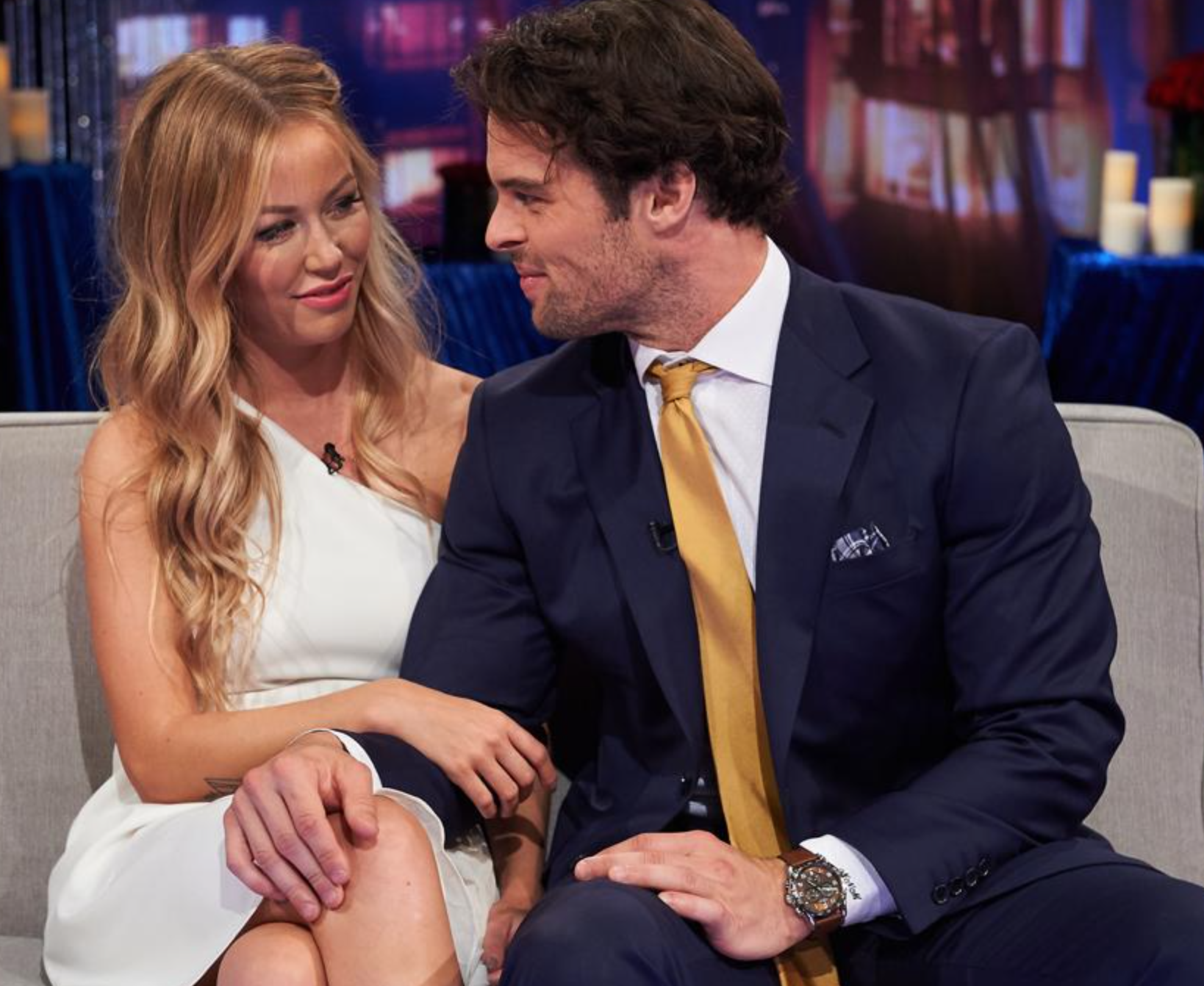 Are Jasmine and Kevin still together!?

Evidence suggests the two may have already broken up…..

Jasmine actually seemed legitimately torn in the final hours of her decision. In fact her breakup speech with Mikhel even indicated that she was still torn during the final decision.

Recall her saying, “I feel like I’ve developed a stronger relationship with somebody else. And I feel sort of crazy for having to say goodbye to somebody as amazing as you. It feels wrong but I know that it’s right because you deserve the best and I know that you’re going to find that person and I know I’m always going to be a little bit sad about it.”

And things did not get any better at the After the Final Rose episode filmed a few weeks ago.

She says “I don’t know how to manage the feelings I have” as she is sitting next to Mikhel indicating she is still in love with him and those feelings have not changed after the months since the finale was filmed.

“Kevin and I have had our conflicts and everything. You can see that in the season, and it’s continued here and there afterwards.”

As Jasmine uses her hand to wipe tears from her face sweet Mikhel pulls out his pocket square and hands it to her. Knowing the gesture will fuel Kevin’s jealousy she tells him said square “must be expensive” and takes a hanky from host Noah Cappe instead.

I was intuiting some major problems last night on Twitter since Jasmine posted nothing about her excitement about being engaged to Kevin Wendt. Both were radio silent except for one tweet Kevin sent a week ago which would have been shortly after the ATFR episode was filmed.

So are Kevin and Jasmine Lorimer still together?

Well interestingly ET Canada has some insight into that, announcing today that they cancelled all interviews this morning.

They also indicated that Jasmine had to take an hour long break from taping during ATFR because she was exhausted. And that the interaction between Jasmine’s mom Linda and Kevin’s mom Jill was “icy and cold”.

Some edited scenes show Jasmine and Kevin arguing between takes.

There are also rumors that Kevin has been cheating on the app Bumble. Stay tuned for updates on that sitch.

As far as Mikhel being the next Bachelor? He says he has no interest in being Canada’s next Bachelor which makes me think he still has his heart set on Jasmine.

So things are looking pretty darn ominous for Canada’s first Bachelorette. Michael Hill may be getting BOTH engagement rings back.

4 thoughts on “Have Jasmine Lorimer and Kevin Wendt already broken up?”