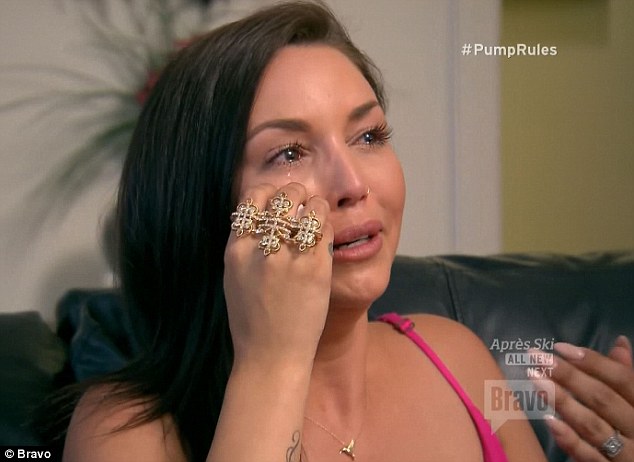 There have been rumors about Vanderpump Rules stars Mike and Scheana Shay headed for divorce for some time, but this latest development looks pretty ominous. Mike and Scheana have decided to live apart after Shay went missing for 6 days a few weeks ago.

According to a source at PEOPLE the two “will not be living together indefinitely”.

Things officially took a turn a few weeks ago when, Scheana was informed that a close family friend had passed away. Shortly after learning about the death, Mike left for band practice. Then as Mike was on his way home, he asked Scheana if she needed anything while he was out, but two hours later when Shay still had not returned home, Scheana texted him. After a brief response Mike went MIA for 6 days.

During the 6 days Shay made some charges to their joint credit card which Scheana promptly shut down after he did not respond to her. Keep in mind, last season we learned that Scheana was definitely the breadwinner in their relationship. Obviously she is paid a very nice salary by boss Lisa Vanderpump for her starring role on Pump Rules. This created a lot tension between the two. So it’s interesting that Scheana emptied their bank account—especially given that the two do not have a prenup!

The Sunday after Mike returned, the couple briefly met for the first time in-person and decided to live separately.

“They both have agreed to focus on themselves for the next few months and then reevaluate early next year and see if their path is still meant to be together.” “There is no talk about divorce at this time, but they will not be living together indefinitely.”

On season 4 we learned about Shay’s problems with sobriety and drug addiction.

“Shay is not sober anymore as he claims and he has been struggling with his sobriety lately, which has caused concern among his friends and family.”

In 2015 rumors of divorce surfaced after the two attended Shay’s high school reunion and Mike was flirting with an ex girlfriend.

I wasn’t holding my breath when these two got married in 2014. The relationship seemed doomed from the words “I do”.