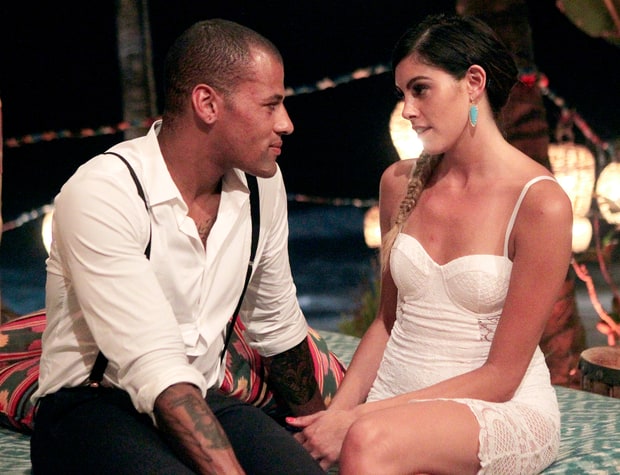 Well BiP’s Grant Kemp and Lace Morris lasted a lot longer than I thought they would, but today they officially announced their breakup. Yep team “Grace” is over.

The previously engaged “Bachelor in Paradise” stars confirmed in a recent interview with Entertainment Tonight.

“It really was mutual. We both have our issues we need to work on, and we can’t really give each other what we need at this time. It’s just not the right timing. We have so much love for each other, and it’s weird because the chemistry is there, and I’m thinking, ‘Why can’t we make this work? But it’s just not possible right now,” said Morris.

The two controversial reality stars revealed that they had been bickering for a month.

“It was a cycle we couldn’t break. I think he’s an amazing man. I’m super sad that it ended, but I know it’s for the best right now,” added Morris.

The couple got engaged in September on the finale of Bachelor in Paradise.

Kemp said, “She’s a great person. There were things we were trying to work on that we expected to get better with time, and unfortunately it kind of went the opposite way. When you’re in a regular relationship there’s already challenges you face. We did everything backwards. I don’t regret going on the show though. It kind of fast-forwarded our whole situation. We figured everything out now that it takes most people years to figure out.”

Like I said I am shocked things lasted as long as they did especially given Grant’s history as a serial fiancee. Grant has a history of cheating on one fiancee with another girl and then getting engaged before he has even broken up with the other girl!

Unfortunately the two did get matching tattoos to commemorate their couple name “Grace”.