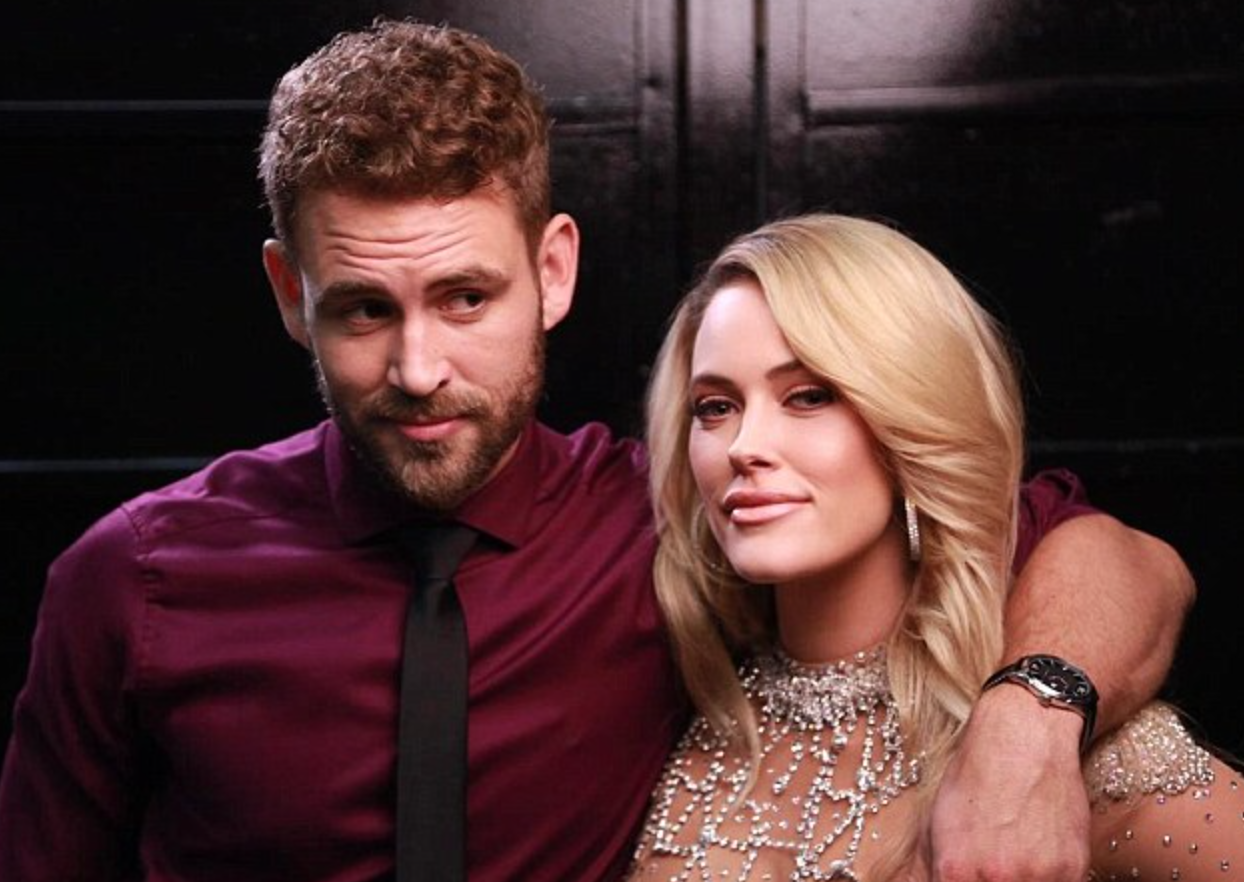 Once again major situations and world’s are colliding! 36-year-old Bachelor Nick Viall will star on Dancing With The Stars along side Real Housewife of Beverly Hills star Erika Jayne aka Erika Girardi, 45!

Nick Viall was confirmed for the show Wednesday on Good Morning America. He will work with new mom and professional dancer, Peta Murgatroyd. Peta was Sean Lowe’s dance partner a few years ago.

The good news is that we know Nick does have some dance skills and is pretty good with ‘planned dancing’ (as Corinne Olympios refers to it)–unlike every other Bachelor who has done the show thus far. We also know Nick loves to be the center of attention and loves to show off his freshly chiseled body. So look for some seriously deep V’s and gratuitous shirtless dancing scenes. But Nick has also got some S-E-R-I-O-U-S competition on the show! In addition to Nick, there is another favorite of OHiTS joining the new cast, Erika Freakin’ Jayne of The Real Housewives Of Beverly Hills. First of all I’m not sure how Erika made the cut given that she is definitely not amateur status in the arena of planned dancing.

She has been professionally dancing for years giving her a clear advantage. But the good news is Erika is ALWAYS a good time to watch and we can look forward to finally seeing her ‘pat the puss’ on primetime in an array of pink and black onesies with partner Gleb Savchenko.

Nick and Erika will also star alongside former Olympic skater Nancy Kerrigan, Mr. T, and Charo — wait…Charo??? Charo as in Charo from every episode of The Love Boat is still alive? Wow! Talk about a blast from the past! DWTS does have an uncanny ability to pluck abstruse celebrities from the bowels of obscurity and reintroduce them to society. I mean we are talking celebrities that are so ‘has-been’ people have even forgotten they are ‘has-beens’! But I digress.

Anyhow, Nick and Erika are most definitely not ‘has beens’–although I give Nick another month or so. I predict Nick and Erika will both be frontrunners on this epic season of DWTS for sure.

UPDATE 3/20/2017: Check out Nick and Erika’s first DWTS dance in the videos below! They are actually both pretty darn good!

Congrats to Nick and Erika! We will be rooting for you!