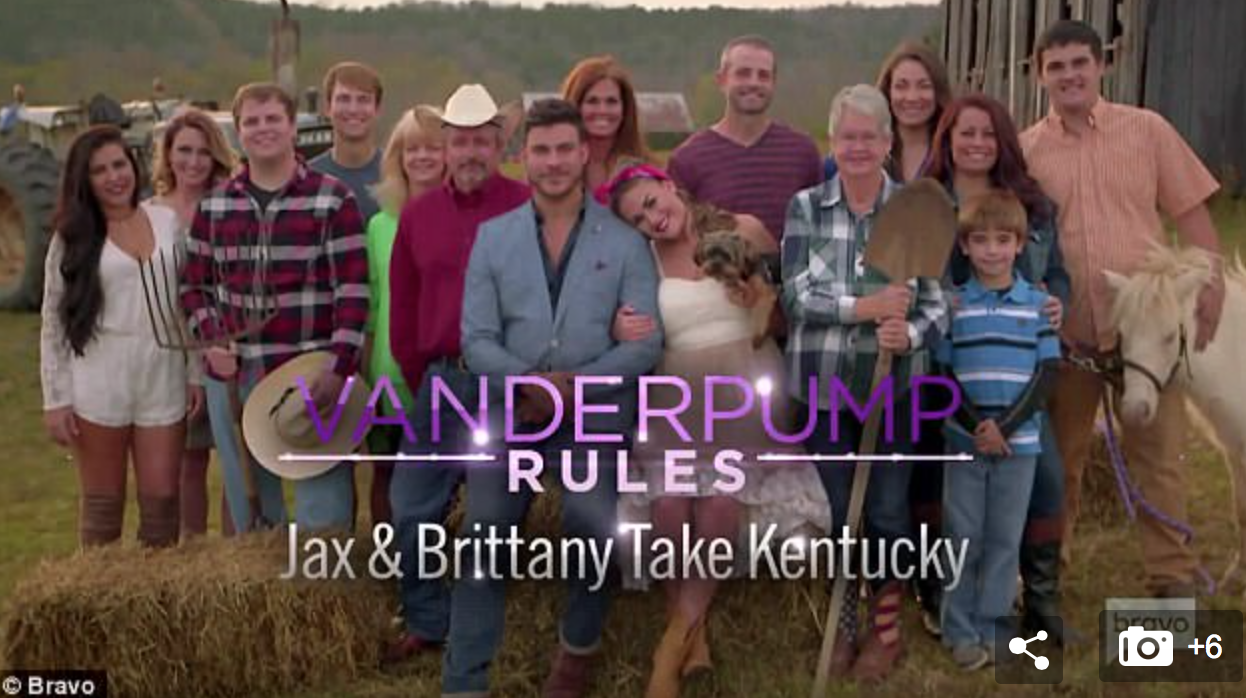 No surprise that Bravo would try and cash in on Vanderpump Rules star Jax Taylor given his impressive “performance” on the hit show. Jax has been finding trouble around every corner of West Hollywood consistently for the past 5 seasons of the show: from impromptu shirtless fist fights, to sex on the bathroom floor of SUR, an alleged past as a gay Sugar Baby, countless arrests, an uncanny ability to lie with a straight face, never-ending plastic surgeries (most recently a chin dimple!), and never-ending cheating scandals.

In short Jax Taylor is a guaranteed situation. So Bravo has decided to ‘spin’ the 37-year-old Bartender’s impulse control problems into a spin-off.

So what’s the schtick?

Well I think there’s a good reason that viewers met Brittany’s mom Sherri Cartwright on season 5 of the show because Jax and Brittany will be heading to Brittany’s hometown of Richmond, Kentucky to film a new reality show. There we will meet the rest of her family members, including her father, grandmother and best friend.

In the show’s first promo Jax is seen telling someone, “I can see myself getting bored real easily here.” So predictably Brittany’s dad, Don Cartwright, has a few opinions about Mr. Jax dating his daughter.

“You couldn’t even accept my friends or my family,” Brittany tells Jax, with her dad saying claiming Jax is “trying to control” her.

Anyhow, the show will premiere this summer on Bravo as the couple heads to a Kentucky tobacco farm on vacation where Brittany’s family lives.

So not surprisingly the premise will be about Mr. West Hollywood trying to make it on a farm in a small town in Kentucky—essentially the Jax and Brittany version of ‘A Simple Life’.

Will it take off?

I’m not sure. I’m guessing the show is really depending on the charm and innocence of Brittany’s traditional southern Christian family and the way that they will deal with So Cal mega-heathen, Jax Taylor.

At any rate it is now official!!! Jax and Brittany Take Kentucky coming to the small screen this summer.