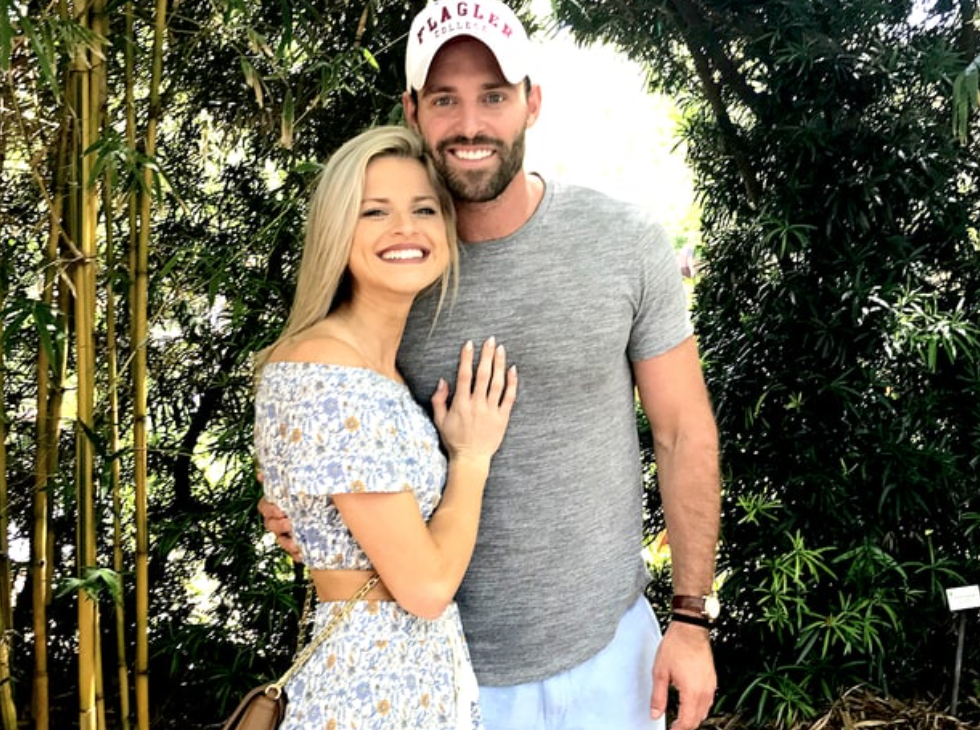 Professional swimmer and model Robby Hayes hopes to follow in the footsteps of Bachelor Nick Viall and turn his stint on The Bachelorette into a full-time gig with the Bachelor franchise.

Yep, and apparently he wants it so bad, he is breaking up with his adorable new girlfriend MTV star Kathryn Palmer, 23 in hopes of a spot on this summer’s Bachelor in Paradise.

On April 7th he posted a shot on of the two of them with their arms wrapped around each other. And later that week Kathryn shared a picture of them at Florida’s Jacksonville Zoo, writing, “Should we talk about the elephant in the room…?”

Hahahaha! Ok, as a side note, I love that caption given my strong belief that Robby is gay!

So Robby did talk to Us Weekly about his new romance with the Are You The One?’ star saying,

“She’s a super sweet girl, but there’s nothing too serious going on. We’re definitely not dating.”

And to his credit he does admit that its because Bachelor in Paradise is right around the corner.

“She knows that’s in the cards for me…… If that happens, we don’t want any drama between us.”

I love that Robby is taking his quest for a life partner so seriously.

Surely this situation will not create any drama!

Both reality stars graduated from Florida State and were introduced by her mom and a mutual friend who knows Hayes’ sister.

They first met at a Fort Lauderdale event, where he invited her to hang out. “We have a mutual knowledge of reality TV, so it’s fun to talk to her about that and share our experiences,” he says. “We’re Florida born and raised, so we have a lot in common.”

And the best part of this story is the little nugget about Robby Hayes moving in with fellow shutter fly Jef Holm!! He moved in to his Venice Beach pad with best friend Chase McNary. Talk about a “Bachelor Pad”!!!

Anyhow Robby is destined for LA, West Hollywood to be exact, so his move from Florida, to Denver and now to Venice Beach is not surprising. Palmer is still in Tallahassee.

“She wants to move out to L.A. and that was something she wanted to do before I met her,” the former competitive swimmer tells Us. “She wants to get a house out here with Shannon [Duffy] and Carolina [Duarte] from her show, which I encouraged. I’d love to hang out with her here. If it happens, it happens. If it doesn’t, it doesn’t.”

UPDATE 7/1/2017: Robby hooks up with Amanda Stanton and the two are allegedly still dating.