Are Austen Kroll and Chelsea Meissner still together? 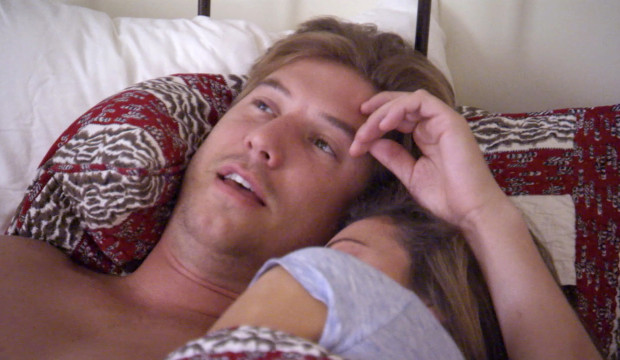 The newest member of Southern Charm, 29-year-old Austen Kroll actually found love on season 4 of the hit show with hair-stylist Chelsea Meissner. The two seemed quite smitten with one another and seemed like quite a good match. Yes, despite Cameran Eubanks’ best efforts and best Voodoo dolls, Chelsea seemed more drawn to the new young charmer than bad boy Shep Rose, 37.

But relationships are always short-lived on reality TV. So not surprisingly this relationship is already over.

Austen confirmed to The Daily Dish that the two have broken up amicably.

“I talk to her all the time, great friends and the one thing that she said was, you know, we’re at different aspects of our life. She kind of lives her life more like Cam does [like a homebody] and I like to go out. I like to go get a beer at 3 o’clock in the afternoon if I can,” he said. “It’s a part of my job. It’s not really her MO.”

“Chelsea and I are phenomenal friends. I love that girl to death, I really do. We became so so close during this whole thing. We were both the new guys on the block. And, so we definitely bonded over that. And the number one and two questions that I get are, “’Where’s Chelsea?’ and, “Is it real?’. And I’m like, look — I don’t know how to act. I’m as real as possibly can be. And that time when I met Chelsea and they showed it on camera and we’re play flirting — I mean that was like the first time that her and I had ever met. I literally cultivated a relationship in front of all the fans,” …… “I mean it’s tough cause you start thinking and you’re like I’m so cheesy and then like your first kiss is on camera. And I mean, it’s nerve-wracking.”

Yeah, I had a feeling Austen would quickly realize that he was not ready for a committed relationship and would want to parlay his new found fame into as many hookups as possible. He’s only 29 after all.

So Kroll is single but “dating,” he said. “My eyes are always open. I’ve had a couple girls that have caught my eye but nothing has stuck and that’s that.”

Kroll’s job seemed to be another situation that was in flux. He no longer works for the beer company he was working for during the season.

“So what’s next for me? I really would like to not work for somebody. [I'd] like to work for myself and, I’d like to open up something is really what I’d like to do. Like open up my own business,” he said. “I’ve been talking to lots of people about lots of different concepts and ideas. And one can be like a beer bar and that would definitely be nightlife [industry related]. And another could be like a, ‘Hey come in and pick out your beer and you can hang out for a while but we’re closing at 10,’ kind of place, you know? Or, we’re closing at eight. So, there are a few different concepts that I’m toying around with now. I’d really like to get the ball moving because YOLO right?”