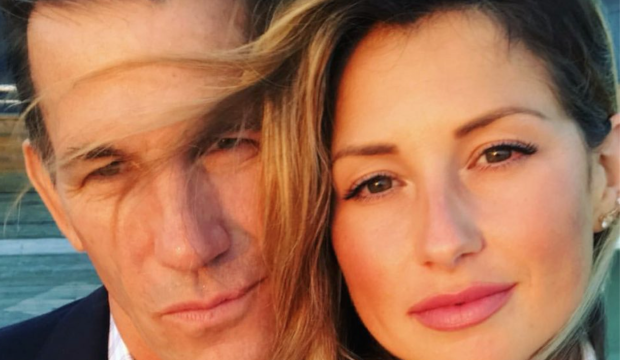 Back in 2015 we got word from an insider that Thomas Ravenel, 54, was secretly dating a new young girl named “Ashley” —- at the time he was still allegedly with baby mama Kathryn Dennis. I am not sure at this point if that is the same “Ashley” that he is currently dating, but currently he is dating a woman named Ashley Jacobs, 32, and she is moving from Santa Barbara, California to Charleston, South Carolina to be with T-Rav.

The two allegedly met at a restaurant bar during a Cinco de Mayo celebration in Santa Barbara, Calif. and began dating shortly after. (Who knows if that is actually true or if they met much earlier).

And lucky for T Rav Ashley is a nurse because given the massive age difference Thomas may soon be needing a personal nurse.

Anyhow, all kidding aside, surprise, Ashley will play a role on season 5 of the show. According to Radar:

“She is not replacing anyone,” ….. “She’s not getting paid and she’s only relevant because she’s dating Thomas.” Landon Clements is leaving Southern Charm so I suspect they are referring to that.

I guess this new update means Thomas and Kathryn won’t be making up and breaking up on season 6.

The couple have spent the last 2 years in and out of court fighting over their two young children, Kensie, 3, and St. Julien, 1,. And shockingly the courts decided that Thomas was the better parent and he has since received full custody.