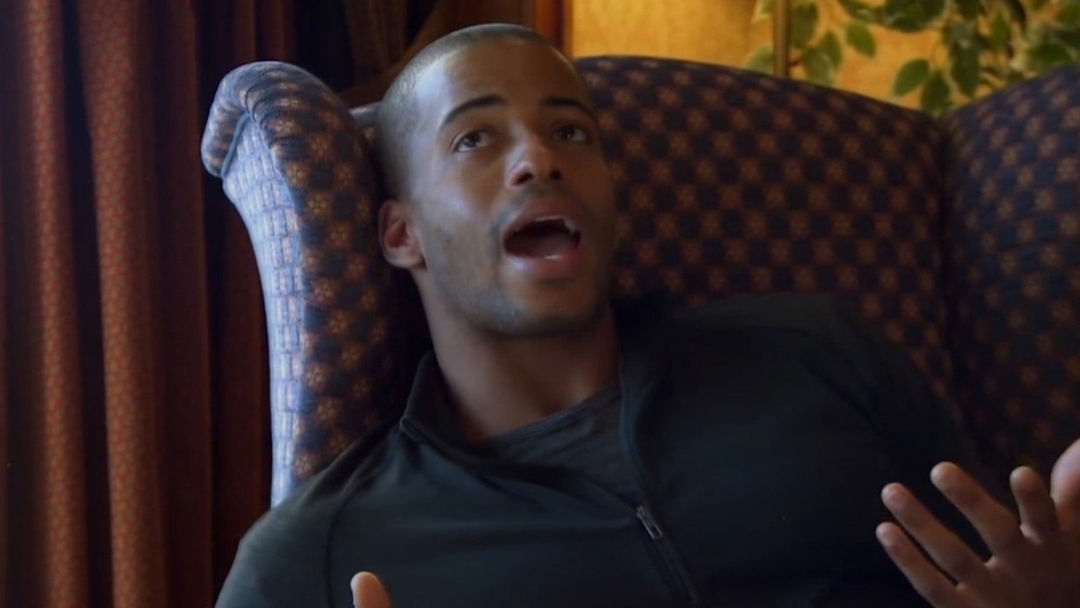 In Rachel’s People blog she recounts the date,

“As soon as we got into Copenhagen, I immediately wanted to hit the streets and check out the local scene. Who better to take than my most enthusiastic suitor who’s never been out of the states … Eric! I think some people may be a bit surprised by the connection I formed with Eric considering he had so many doubts, not just about group dating, but about my sincerity when we first started this journey; you all know, however, I can relate to the skeptic in everyone. But my dancing partner Eric had finally found the rhythm in this journey.”

“I think some people may be a bit surprised by the connection I formed with Eric”….yeah, considering Eric is an emotional powder keg and clearly not ready for a relationship of any kind. But none-the-less Rachel allegedly finds something endearing about his level of emotional starvation.

“The canals and cobblestone streets in Nyhaven were gorgeous and their beauty and vibrancy were not lost on Eric. It was such a gift to explore with someone so grateful to be there. Maybe it was all the Akavit we drank with that sociable local Jørn, but by the time we hit the shore side hot tubs, I saw a totally free, romantic side of Eric I had never seen before. I also saw the front-side of a VERY friendly local who offered us a VERY European salutation.”

After the two tour Copenhagen, Denmark and enjoy the games at Tivoli Gardens they enjoy a romantic dinner together and the over-sharing begins…..

Over dinner, Eric tells Rachel he was a good kid growing up but didn’t get enough love from his mother and always felt alone. And although he’d never experienced love before or even been in a relationship, he told Rachel, “I’m falling for you.” Now you know when Rachel hears this she is thinking “HELL…..TO……THE…..NO, I’m not gonna be your mommy, I’m outta here”, but somehow she still gives Eric a rose which makes me think producers urged her to keep Eric since he is now the only remaining black guy left.

But Rachel pretends that Eric’s mommy issues are endearing and not alarming to her….

“That night at the Tivoli amusement park Eric made a turn … a turn I had been waiting weeks for. He opened up about reaching out for love from his mother as child and not getting it back. The disappointment he felt as a boy grew into a fear of seeking love from a woman as a man. He had been running from love ever since he left Baltimore. Yet there he was, admitting to me he was falling instead of running and that sole reason was because of me. Courage comes in many forms and seeing this amazing man face his past and overcome the residual fear that he carried for the chance to end up with me was one for the most humbling moments of this journey so far. ”

Yeah, sure Rachel. I’m not buyin’ it. Eric is damaged goods and has done little to deal with these issues. He is clearly extremely immature and insecure and years of therapy likely won’t be enough to fix the damage that’s been done at this point.

It’s unfortunate because Eric is ridiculously good-looking, but that’s as far as it goes. I admit that when I first saw Eric and read his bio I thought he had this in the bag, but just shows you looks can be deceiving.