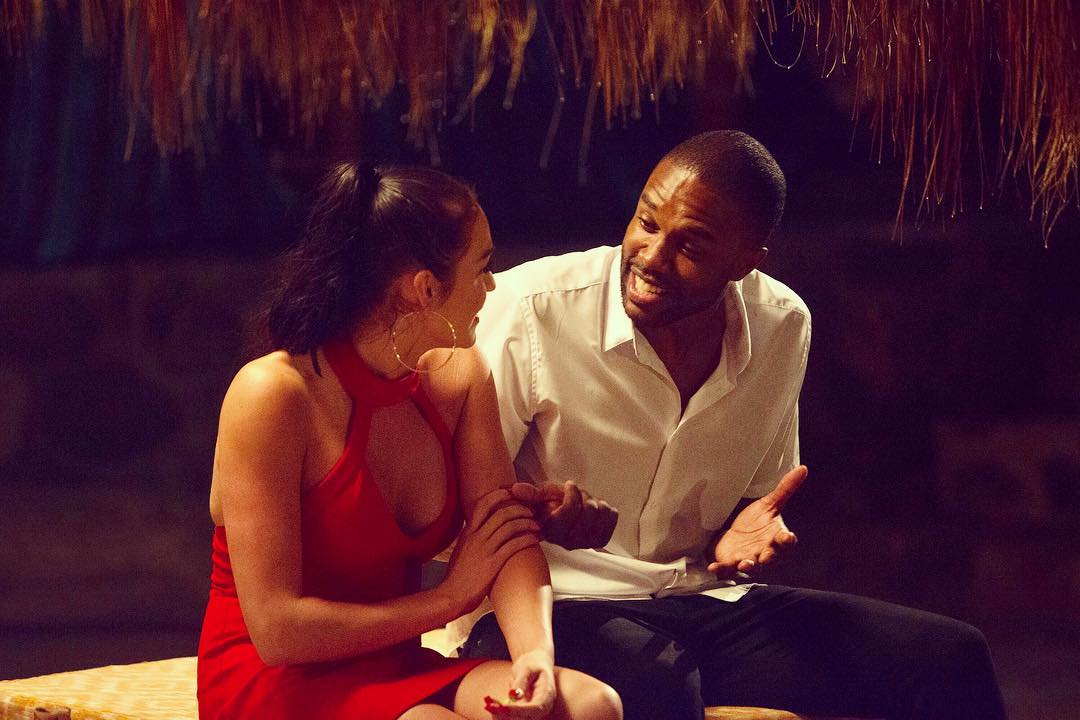 Thirty-year-old DeMario Jackson is working hard to do some damage control since word got out that 24-year-old Corinne Olympios felt victimized by a sexual liaison that occurred between the two of them at the beginning of filming season 4 of Bachelor in Paradise.

And I’m guessing he is worried about what fans are going to think when they see the show and see that he hooks up with Alexis Waters the day after the sex-capade with Corinne.

So as part of damage control, Jackson claims he was immersed in a forceful party atmosphere and was just acting accordingly. The partying was allegedly so out of hand that fellow cast member Derek Peth threw up on himself and host/producer Chris Harrison had to lay the smack down on the first night.

“We were getting ready to get lined up because Chris Harrison was coming to speak to us… so this is probably around 5 p.m./6 p.m. or so,” Jackson said. “Chris comes and talks to us probably like an hour or so later and no lie, between that hour, it was like go time. … At this point, we’re all drunk.”

Jackson said Harrison said: “‘DeMario, get your shit together, pick your head up, where are you, open your eyes. Corinne, get up'” Jackson said .

Yes TV has seen all this before. It was called Caligula.

And the next morning, “Wells was like, ‘Dude, when I got in here, you guys were like going for it.’ He goes, ‘It was very crazy to walk in to because you guys were already at that peak level.’”

I’m guessing that Wells appearance likely means we will also get a little Ashley I!!

Anyhow, on Monday, the day after his hookup with Corinne, Jackson hooked up with Alexis Waters.

And on Tuesday, Jackson claimed producers were goading him about his back to back hookups during his “ITM,” ….”I discussed this in my in the moment,” Jackson said.

Don’t worry DeMario it sounds like fans are already on your side. And the way producers encouraged you to sow some wild oats is nothing personal. It’s SOP, all par for the course. I look forward to seeing Jackson and BiPs resident dolphin make some waves when the season finally airs this August.