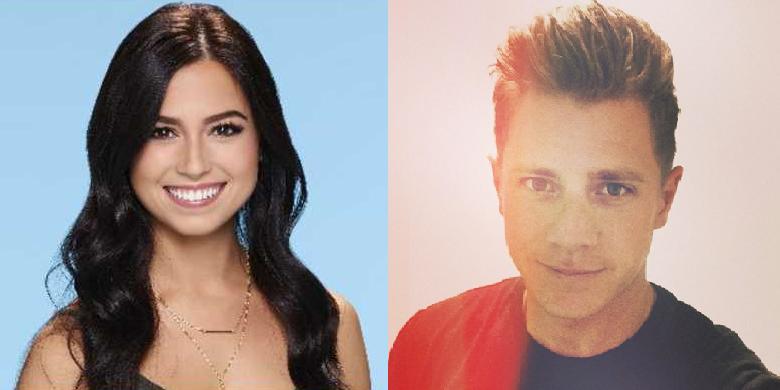 I knew Jef had sort of inserted himself back in to Bachelor Nation by moving in with or at least next door to Chase McNary and Robby Hayes in Venice beach, California, but I did not know he was back to fishing in the Bachelor Nation pond. Both Chase and Robby will star on Bachelor in Paradise this summer by the way.

And yes Kristina Schulman is starring on Bachelor in Paradise which is currently filming so how can she also be dating Jef Holm while she is starring on a reality show looking for love?

Well according to Reality Steve:

“This is probably the most interesting one, and f***ed up one to be honest, because Kristina has been dating Jef Holm for a few months now. And they have about as jacked up of a relationship and you’d expect because, well, Jef. The guy hasn’t changed his ways in years, apparently Kristina is fully aware of this, yet doesn’t care. And if by some chance she doesn’t know this, then, she has her head buried in the sand. A pretty toxic relationship from everything I’m hearing.”

As far as hoping Jef could star on BiP. RS says don’t count on it.

“The show hates him. And he’s basically begged to be on for three seasons now and they won’t put him on. Oh, he’ll claim that he chose not to do it, but that’s his ego talking.”

I’m a bit shocked to hear that Jef was such a diva for production, but not entirely. After I wrote a piece about his father’s epic and rather sketchy accrual of wealth I was bombarded with surprisingly nasty and aggressive emails and comments from Holm family friends and supporters. I wasn’t shocked people would be upset, but I was a bit taken aback by the visceral, foul-mouthed comments from God-fearing Mormons.

Anyhoo, it doesn’t sound like Jef is a good match for Kristina so hopefully she will be open to finding love in paradise.

UPDATE 8/04/17: Looks like Kristina Schulman hooks up with Dean Unglert on BiP

What happened to change Dean Unglert’s feelings for Kristina Schulman?