12 July 2017 by Christine Lo in Uncategorized - No Comments 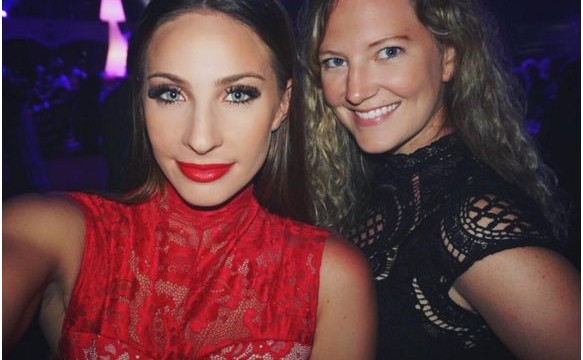 On Monday night Peter Kraus got very emotional describing his breakup with ex girlfriend Brittany Hansen to Bachelorette Rachel Lindsay on their one on one dinner date in Switzerland. In fact he became so emotional that I was obsessed with finding out who this lovely lady was and what was the story behind this story.

She is 35-year-old Brittany Hansen of Madison, Wisconsin. That’s right, yet another ex girlfriend named ‘Brittany’. I swear this should be a Jeopardy category … ‘Brittanys, Bachelorette contestants exes named Brittany’.

Anyhoo this Brittany is currently a manager for Red Bull and she is stunning!

All signs point to, this girl is a great catch. In fact producers, you may want to track her down for The Bachelor. Such a great catch, I am thinking Peter is very worried he made a big mistake and his tears were tears of regret because this girl does not look like she is sweating Peter one bit anymore. She is originally from New Richland, Minnesota and attended High School at NRHEG. She also attended Community college in Minnesota prior to attending Bethel in St. Paul.

Brittany has an Associate of Arts and Sciences (A.A.S.), Environmental Science and Biology from Bethel University where she played Women’s Basketball.

Bethelm by the way, is an evangelical Christian college which likely indicates that she is a devout Christian like Peter.

She was in Minnesota until 2014. That’s when she was dating Peter. So did she meet him in Madison or somewhere else and moved to Wisconsin to be with him? We will have to investigate that situation.

In 2012 and 2013 she was the head volleyball coach at Club ‘Sota Volleyball. that’s pretty damn impressive. And she is quite a shutterfly on Instagram by the way. If you want to check out Bossy Brittany. If Peter is still sweating this girl he better chop chop because there’s a 50% chance Chad Johnson will find her and start dating her by years end.