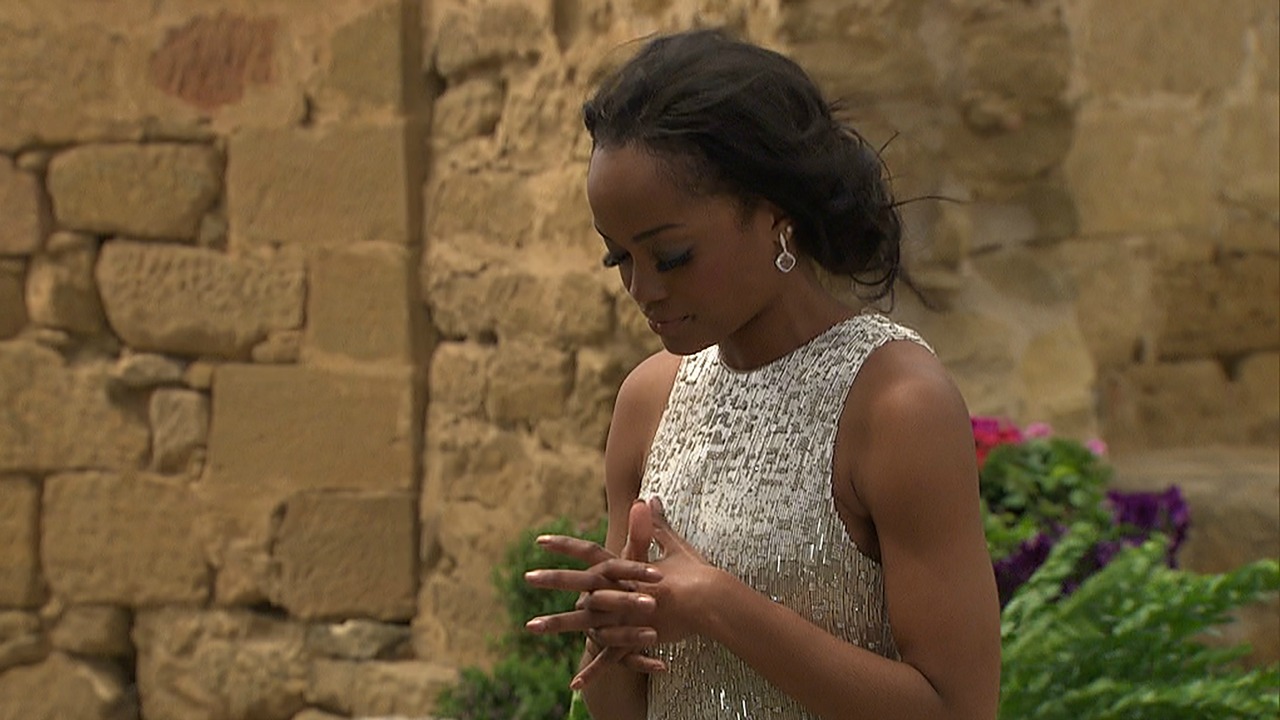 I’m not sure why the world became so enamored with Bachelorette contestant Eric Bigger tonight simply because he fashioned a well groomed beard. He was certainly a gentleman when Rachel dumped him in Spain and he continued to be a gentleman on After the Final Rose, but it’s not enough America! Eric is not Bachelor material! He is really lacking some critical skills to perform that role. And this is an ‘accelerated process’ that requires advanced skills in managing multiple relationships on national TV. So everyone needs to calm….. down and carefully think this through…2 words, Juan Pablo. That’s what happened last time we did not think …. this ….. through.

Host Chris Harrison has to break out some hand gestures on ATFR to delicately address the Bachelor in Paradise situation. Yes now that the Bachelorette is done, it’s that time!

The show has the very uncomfortable task of addressing the sexual interaction heard ’round the world that shut down production of the show — the interaction between Corinne Olympios and DeMario Jackson — the oral sex situation.

6. Rachel cried her eyelashes off.

Peter Kraus and Rachel cried their way through the final days of their 9-week relationship — in fact the crying was so intense that Rachel’s fake eyelashes came unglued as did their relationship.

“I walked past her eyelashes on the floor for two days,” Peter says. But the eyelashes were a necessary sacrifice to achieve the closure Rachel needed.

“I believe in closure. That was it,” she laments on ATFR.

This is the funny thing about guys— if a girl saw this and saw the lead falling hard for #2 she’d be out of there or at least curled up in a ball somewhere crying. But men don’t care about being a second or third choice, so long as they win.

After Rachel gives Bryan a ton of signals that she is really pining for Peter she presents the Fantasy Suite card and Bryan, despite feeling a tad crestfallen suddenly perks up and is like ‘hell ya, let’s go’.

4. Bryan gets an A for creativity.

Instead of the classic “I love you scrap book of our 9-week relationship’ Bryan gave her a custom crafted book of translation cheat sheets.

Bryan is of course Colombian. Bravo Bryan! How do you say ‘this book is gonna get me seriously laid’ in Colombian?

Bryan proposed to Rachel at San Vicente de la Sonsierra Castle in La Rioja, Spain and it was seriously windy! —perhaps a metaphor for the transience of this coupling. And a metaphor for the fact that Bryan’s carefully crafted words may have been drown out by Rachel’s looming feelings for Peter.

2. ATFR: Rachel is clearly not over Peter.

Check out the body language…

Peter comes out on ATFR, LIVE, to talk to Rachel and all of America (because we are all in this relationship, after all) and declares that this accelerated journey was never for Peter, aka ‘I still love you Peter, if you tell me you love me now we can turn this whole thing around right here on national TV. I’ve got Neil Lane and a suitcase full of rings back stage, just give me a signal.’

And the number one situation from tonights Bachelorette finale…

Holy crap! How did the man with the worst reputation for dating on this planet, finally find a mate? Well it helped that he found a woman from a different country, and hemisphere  —  not America where the name ‘Juan Pablo’ still lives in infamy. 29-year-old model Osmariel Villalobos is from Venezuela.

I just love that Juan Pablo made sure to contact Chris Harrison so he could interrupt The Bachelorette finale to deliver this very important news.

Stay tuned tomorrow for the Bachelorette media circus! It should be interesting.