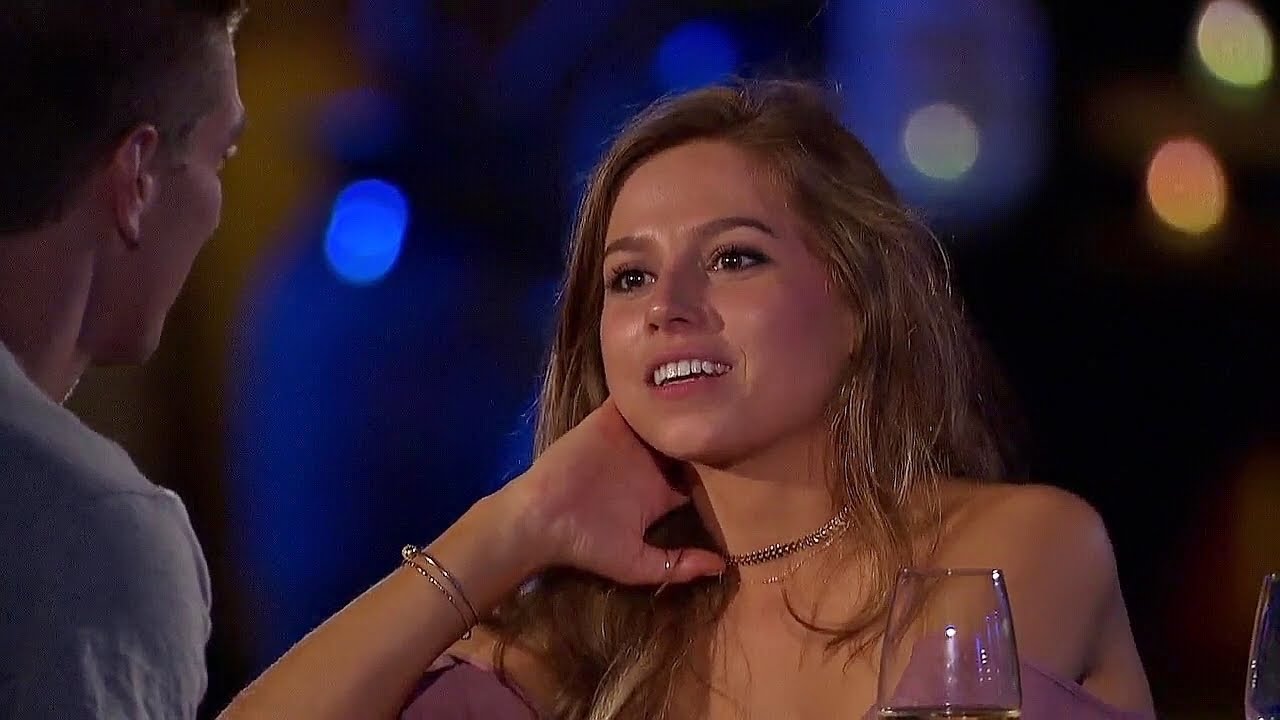 On the Bachelor in Paradise reunion things looked pretty grim for Dean Unglert, 26, who in the end regretted his decision to pick Danielle Lombard, 27, and desperately tried to get back in to the good graces of Kristina Schulman, 24.

Kristina was especially distressed when on the reunion D Lo revealed that Dean contacted her after the cast finished filming. But things seem to be looking up for Unglert. First he appeared on Ellen on Monday with the two women and Kristina hinted that she could forgive Dean.

And on Tuesday, Dean Unglert spoke with “Extra’s” social media correspondent Hannah Kahn about where things now stand between the two of them.

“Kristina and I have had multiple discussions on what we plan on doing with each other’s relationship moving forward.”

He added, “I think for her to be, I guess, so exposed over the course of the month we were in ‘Paradise’ together, there just needs to be a rebuilding of trust between the two of us, and that’s not gonna happen overnight. I mean, we still talk a lot. I talk to her every single day. So we’re just figuring it out.”

In other words both still have strong feelings for each other and Dean will be on probation for some time with Kristina.

As to Danielle’s claim that she and Dean were still together after paradise he said,

“When Danielle and I separated on that final day, it’s like we broke up and then you just can’t talk to each other at all. You can’t really dive into the reasons why you’re broken up, so that was kind of the intentions behind that… We talked afterwards, but it wasn’t like ‘Paradise’ where I was hooking up with Kristina and then hooking up with Danielle.”

D Lo just posted a picture of her and Deanie baby making out post-production. So don’t think she is out of this equation just yet…